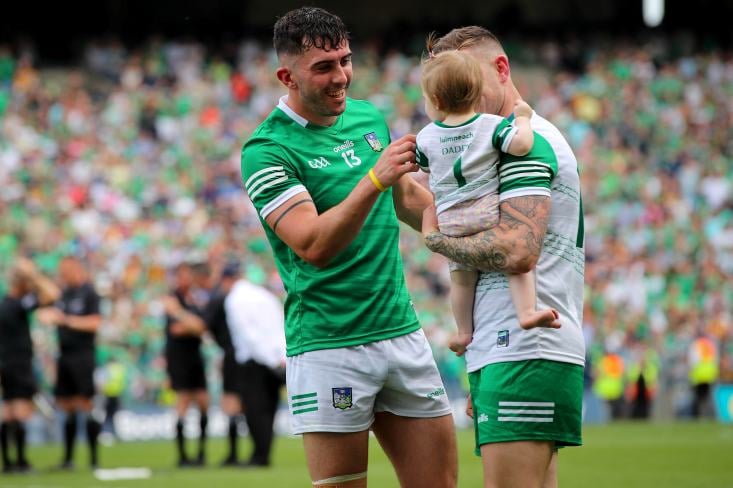 Limerick star Aaron Gillane has revealed the details of the injury scare he suffered before the Treaty men’s All-Ireland SHC final victory over Kilkenny last month.

Rumours over the ace attacker’s fitness whirled in the run up to the July 17th decider at Croke Park but, in the end, Gillane played a starring role with 0-7 to his name in the 1-31 to 2-26 win against the Cats.

However, the Patrickswell sharpshooter did reveal that he suffered a minor knee injury five days out from the final.

“It was a funny story. I was throwing around the frisbee out the front of my girlfriend’s house on the Tuesday before the final, and there was a soccer ball in the yard. I thought it would just be my luck that I would fall over the soccer ball, so I went over to kick it out of the way. And whatever way I kicked the soccer ball, I hurt my knee. It was random enough,” he is quoted saying by The42.ie.

“It was nothing major, just a strained medial ligament.”

Gillane also added that he dealt with the issue straight away but couldn’t tell manager John Kiely:

“I couldn’t tell John that to be honest so I rang the physio straight away and said, ‘Do whatever you want but don’t tell John. I don’t want him asking any questions, please.’

“I just had to strap it up a small bit and away you go. I’d say I did a small bit myself with Mark on the Tuesday, and was back at training then on the Friday. I was definitely more worried about it but I was always going to be playing. It was never in doubt.”