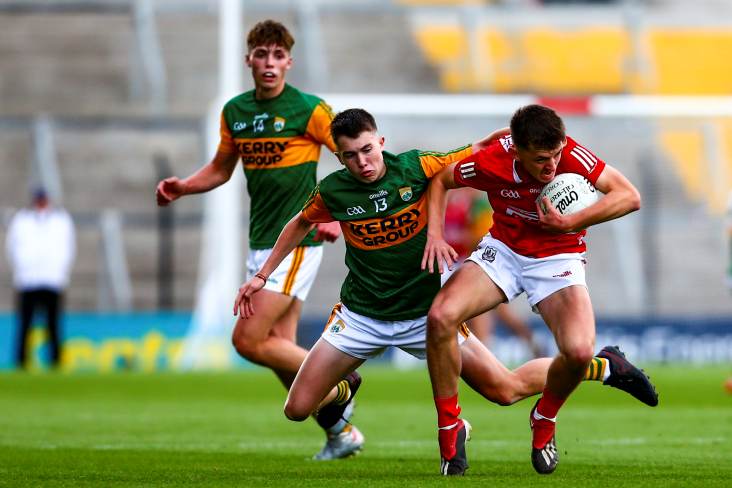 Cormac Dillon struck for 1-9 as Kerry cruised into the Munster minor football championship final last night thanks to a 1-16 to 0-5 victory over Cork in Tralee.

Dillon’s goal came in the 23rd minute after Fionn Murphy intercepted a loose pass and found Paddy Lane who set-up his captain to hit the Rebels net.

It saw the home side go on to take a 1-6 to 0-3 lead at the half and points from Dillon, Jack Clifford and substitutes John Burke and Darren Allman after the turnaround would put the Kingdom out of sight.

Brian Hayes (free) would pull one back for the visitors, whom failed to score from play over the hour, as Kerry eased into the provincial decider on June 1st.

As for Cork, they will travel to Thurles on Thursday next for the second semi-final against Tipperary who were the winners of Munster’s round-robin phase.