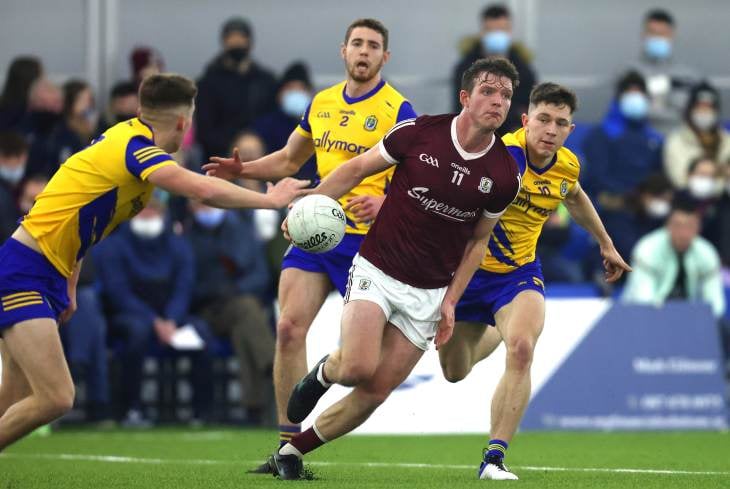 Galway claimed a 10th Connacht FBD League title last night after coming from behind to defeat Roscommon by 1-18 to 1-16 at the Connacht GAA Air Dome.

Rob Finnerty led the way with 0-5 for the winners while midfielder Paul Conroy and substitute Shane Walsh chipped in with 0-3 each.

The Rossies, minus the services of their Padraig Pearses and St Faithleach’s contingent due to involvement in the on-going club championships, had built up an 0-8 to 0-4 lead after 22 minutes of this decider before Sean Fitzgerald hit their net three minutes later.

Andrew Glennon and Cathal Heneghan sailed over points that saw Roscommon take in a 0-10 to 1-6 lead at the break, but it was the Tribesmen that enjoyed a better restart after landing the first four points in the opening 10 minutes of the second-half.

Enda Smith and Paddy O’Malley (45) struck scores to take the lead for Anthony Cunningham’s men but it was points from Finnerty and Walsh’s frees that gave Galway a four-point cushion heading for the closing quarter.

That extended out to five before Smith found the Tribesmen’s net in the 58th minute, making it 1-14 to 1-12, but substitute Cathal Sweeney came up with two points down the home stretch to ensure the silverware would be headed back to Galway.