Watch: Brendán Óg Duffy "had a huge, huge future in front of him" 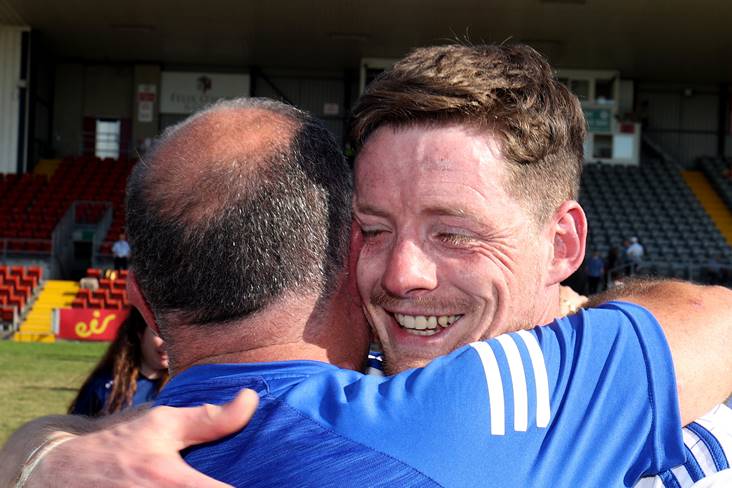 "It's very emotional. It's been a tough week," a grief-stricken 'Banty' said in an interview with Sky Sports.

"We lost my minor captain last night in a car accident. We lost our main sponsor and biggest supporter in Philip Traynor last week. We had to put aside our emotions and feelings to prepare for today's game. We talked about it in our team meeting.

"But my feeling is devastation for Óg Ó Duffy's family and Philip Traynor's family. It has been one of the toughest weeks of our lives.

This will mean a lot to Monaghan football and to this group. We have worked tirelessly to get to where we are. We had a tough 18 months with Covid, the whole country had, but our lads stuck to it."

McEnaney added: "For my personally, it was very difficult. I managed this young fella, he was my captain with the minor team. Only those who have been in the manager position with a captain knows the trust and loyalty that's there. The love that's there.

It was very difficult. I put a lot of homework into it this morning and I came to the group and the group responded really well.

It's devastating news to Monaghan football. This man had a huge, huge future in front of him. He was a brilliant leader."

"This man had a huge future in Monaghan football..."@MonaghanGAA manager Seamus McEnaney pays tribute to Brendán Óg Duffy after the Farney County's win over Armagh. pic.twitter.com/wIkJiTv7zk