Tyrone management will be demanding a big performance - Canavan 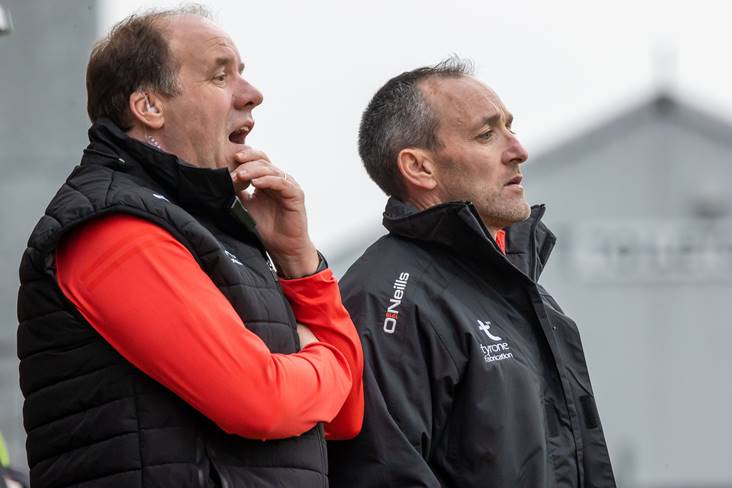 Peter Canavan reckons tomorrow’s Division 1 semi-final clash against Kerry will give Tyrone and fans a better idea of where they are at heading into the championship.

The Red Hands had a mixed Allianz League campaign under the new management of Feargal Logan and Brian Dooher, with a win a draw and a defeat setting up tomorrow’s clash with the holders in Tralee (throw-in 5pm).

Writing in his column for Sky Sports GAA, Tyrone great Canavan knowns the management will be seeking “a big performance” from their players.

“This weekend's Division 1 semi-final against Kerry will give us a better idea of exactly how far Tyrone have come on and where they are at,” said the two-time All-Ireland winner.

“Unlike Dublin, they don't have time to mess about before the championship. It's do-or-die - they play the Ulster champions in the first round.

“Can they afford to push up against the Kingdom? That's the million-dollar question. You don't want to give David Clifford and Co too much space, or they can inflict real damage.

“Brian and Feargal will be demanding a big performance. They will want to be competitive, and they'll want to run Kerry close in this one to leave them in good stead for the summer.”