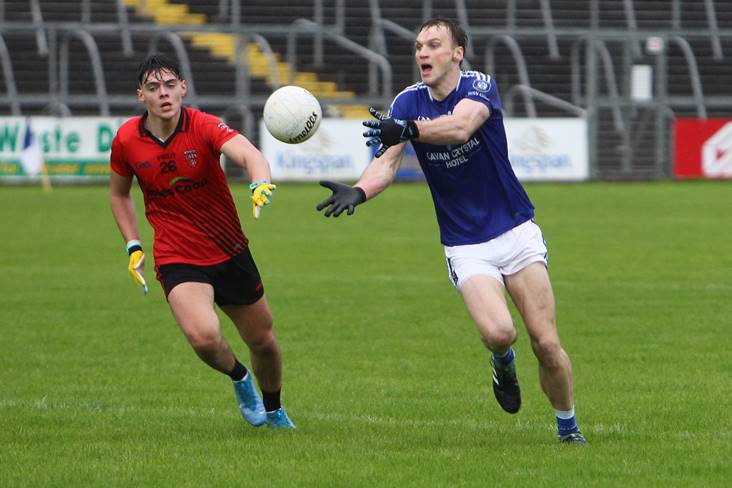 Gearoid McKiernan marked his Cavan Gaels championship debut with two points in a narrow 1-10 to 0-12 win over Killygarry at Kingspan Breffni.

McKiernan, who transferred to the Cavan town club from his native Swanlinbar at the end of last year, was instrumental as Paul O'Connor's 15th minute goal made all the difference.

The Gaels had led by 1-5 to 0-5 at the halfway mark and they looked to be cruising along to victory when McKiernan put them 1-9 to 0-5 ahead with 15 minutes of normal time remaining.

But Killygarry reeled off a succession of points from Oisin Brady, Conor Connolly and Conor Smith. The gap was reduced to just one in injury time and the Gaels were let off the hook as Martin Reilly missed a late chance to equalize.

Stephen Duffy's 4th minute goal provided the winning platform for Kingscourt Stars. They defeated Lacken 1-13 to 0-10 while yesterday's other Cavan SFC first round clash between reigning champions Castlerahan and Shercock was postponed.