Mayo SFC: O'Connor sent off as Ballintubber draw against Aghamore 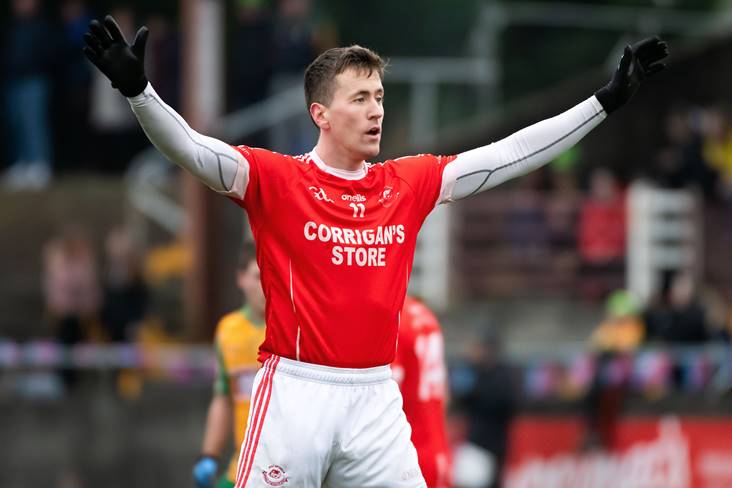 Cillian O’Connor was sent off on a straight red card as Ballintubber opened their Mayo SFC title defence with a 0-7 to 1-4 draw against Aghamore at home in Clogher.

A late goal from substitute James McNeive meant Kevin Johnston's side had to settle for a share of the spoils at Ray Prendergast Memorial Park yesterday.

The Mayo marksman received his marching orders in the second half following a clash with opponent David Kenny who was also dismissed for his involvement in the same incident. As a result, O'Connor will miss next weekend's Group 2 clash with Moy Davitts who also drew with Davitts, 0-9 each.

In Group 1, The Neale recorded their first ever senor championship win by beating Garrymore 1-9 to 0-11 on home turf as 2019 finalists Ballaghaderreen ran out 3-11 to 2-4 winners over Belmullet.

Elsewhere, in Group 4, the Durcan twins, Paddy and James, were to the fore as Castlebar Mitchels picked up their first win in Group 4, defeating Charlestown 1-12 to 1-9.