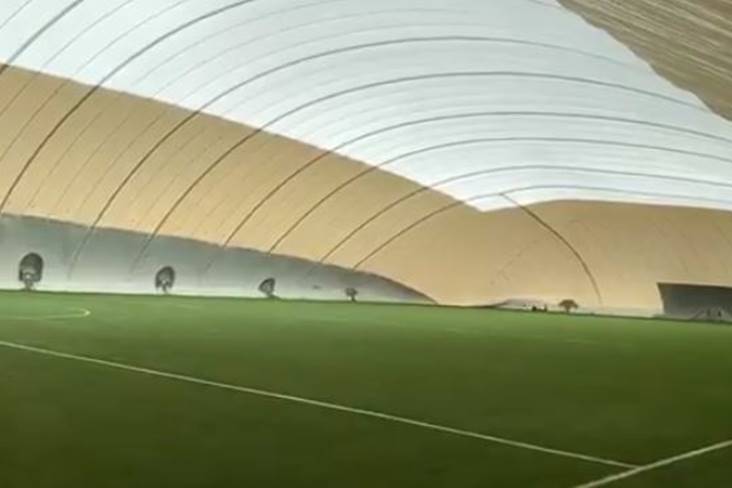 Inside the world's largest sports dome at the Connacht GAA Centre of Excellence in Bekan.

Connacht GAA have unveiled a time lapse of the world's largest sports dome being installed at their Centre of Excellence in Bekan today.

It shows the air-supported structure being constructed in four hours as Connacht GAA put the finishing touches on the €3 million state-of-the-art facility.

Covering a full-size Prunty pitch, the dome is 150m x 100m and 26m high and will have space inside for extensive gym facilities, a running track and seating for spectators.

The new dome will be open at the end of September. Take a look for yourself...

⏭️All in a matter of four hours!

Make sure to tune into the @rtenews tonight at 6pm and 9pm to see the full story of the world's biggest Indoor Sports Dome! 📺 #ConnachtGAA #GAA pic.twitter.com/ePb7wOUr4L