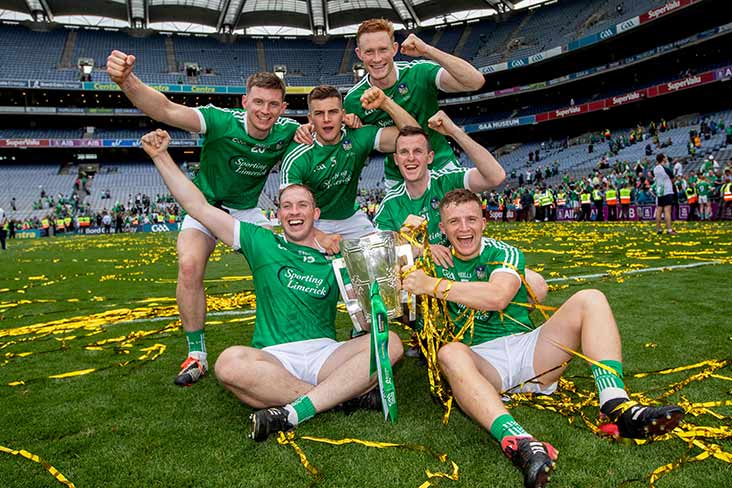 Shane Dowling has confirmed the story of the Limerick hurlers tucking into ice creams at training on their way to winning the All-Ireland in 2018 is true.

Dowling, who revealed his decision to retire from inter-county hurling yesterday, came off the bench to net a crucial goal in the All-Ireland final victory over Galway two years ago.

In the days following the county's first All-Ireland SHC success in 45 years, the lethal forward told how an emphasis on enjoyment had been key to capturing the Liam MacCarthy Cup.

"After every game, there's chilling inside the dressing room, playing music, some lads get up singing, some get up dancing, and that's what I mean by the fun element, great craic, and brilliant to be involved with," the Na Piarsaigh man said.

And people thought I was joking about the 99’s pic.twitter.com/rAz58hyYrE

"It's mad how this game has changed. Ten years ago, you wouldn't touch a drop of liquor from January till nearly the end of the season. None. Now, after every championship game, we all go and enjoy ourselves, management included.

"The whole enjoyment side, which I believe was gone for the last number of years, because of how serious it went, that's after going full circle again, and people are after buying back into the amateur, enjoyment side of it, which is very important.

"Especially with this group of lads. You'd want to see them, half an hour, 40 minutes before throw-in, if you walked into the dressing room, you'd genuinely say to yourself, 'Are these boys actually going hurling in an All-Ireland final?'

"Even small things, the odd occasion after training, the 99 van would pull into training at the Gaelic Grounds, and everyone is just chilling out on the field, having an ice cream. That would not have been heard of five or six years ago."