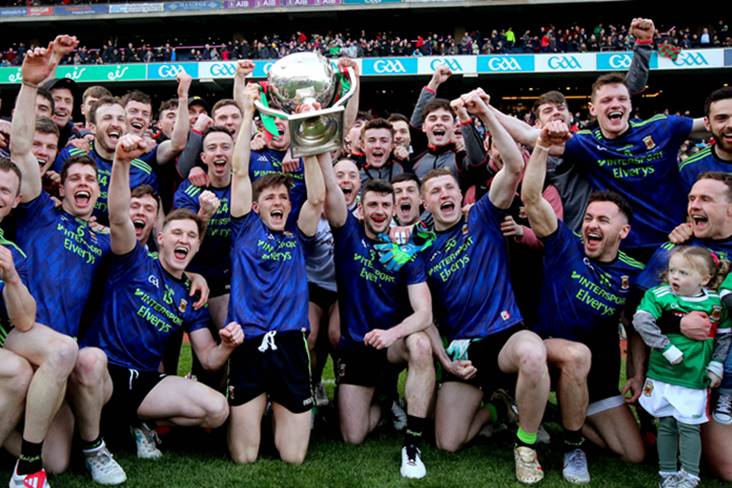 It is thought increasingly likely that the 2020 Allianz Football League will not be completed. We take a look at which counties would benefit and those who have the most to lose.

If the league is declared null and void, then there will be no winners, no relegation or promotion and the divisions will remain unchanged for 2021.

As things currently stand, there are two rounds of the competition still to play. The Ladies Gaelic Football Association announced on Tuesday that they were cancelling the Lidl League and it would not be completed with two rounds remaining.

John Horan’s charges are perilously close to a drop down to Division 2 for the first time since 1998. The have two fixtures remaining, away to table toppers Galway and then third placed Tyrone. They are on three points, two behind Monaghan and Donegal and their only win in the competition was a one point victory over pointless Meath.

The Royals have not claimed a point on their return to Division 1, the first time they have been in the top division since 2004. Andy McEntee’s charges were relegated after their loss to Galway but have put in encouraging displays against Kerry, Mayo and the Tribesmen. Maintaining their Division 1 status would be a huge boost for the county.

Staring relegation to Division 3 in the face, with one win out of five and a points’ difference of -21, what a difference 12-months has seen for the Erne County. This time last year they were in contention for promotion to Division 1 as the last round of fixtures were played.

Pointless in Division 3 and headed for Division 4, Wayne Kierans’ charges would gladly see the league restarted 12-months down the line.

Padraig Joyce’s side have been a breath of attacking fresh air and top Division 1, with one more win likely to set up a final place. National silverware for the Tribesmen would be a huge vindication of their new style and create real belief ahead of the championship. That is unlikely to happen now.

Under Dessie Farrell the five-in-a-row All-Ireland champions have been making hard work of their campaign, with two draws and a loss in their five matches so far. New faces are being given a chance and while there are certainly no alarm bells ringing, the new manager would have been keen for more matches and time to find out more about his players.

Top of the table in Division 2 and with a huge points’ difference, Kieran McGeeney must be cursing the cessation of activities. With a home game against promotion rivals Roscommon and an away game to relegation threatened Clare, everything was in the Orchard County’s own control.

The Rebels have been faultless in Division 3 after their surprise relegation in 2019. Five wins from five means they need only a point to guarantee a return to Division 3 and with a home game against pointless Louth scheduled for March 15, they would have expected to be already up. It will be hard to stomach on Leeside if they must start from scratch in the third division in 2021.

Sitting pretty at the top of Division 4 with games remaining against Waterford and Sligo, Limerick were odds on favourites for promotion. Billy Lee’s men suffered their first reverse against Antrim in their round 5 fixture but had been in perfect form up to then.