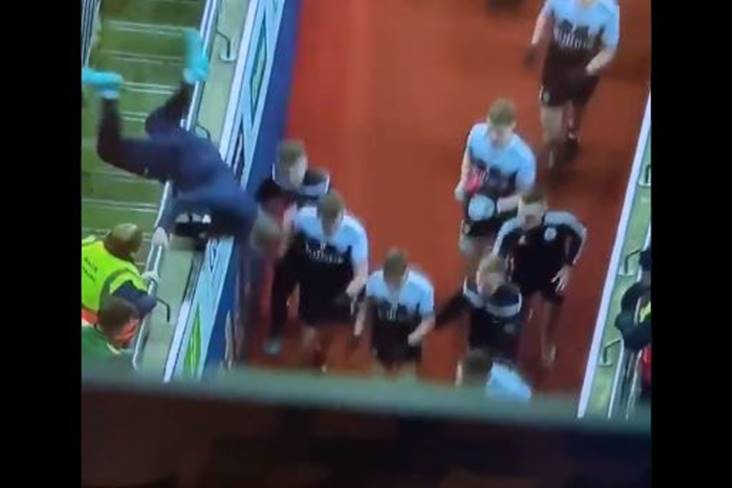 Corofin and Kilcoo players get to know each other on the way down the Hogan Stand tunnel.

A GAA probe into the brawl which broke out as Corofin and Kilcoo players entered the tunnel at the end of normal time in yesterday's All-Ireland club SFC final could be on the cards.

Players were making their way to the dressing-rooms under the Hogan Stand when tempers flared. In the midst of it all, a member of the Corofin party dramatically jumped over the railing and down on the players below after a Corofin player had pushed a Kilcoo opponent.

The Galway champions went on to win by 1-12 to 0-7 after extra-time to complete an historic three-in-a-row of Andy Merrigan Cups.

Didn’t know the #GAA had opened it’s doors to Parkour - who’s that leppin’ into the tunnel brawl at FT of Kilcoo-Corofin? 10/10 for the landing! pic.twitter.com/pUj2iLz6iL