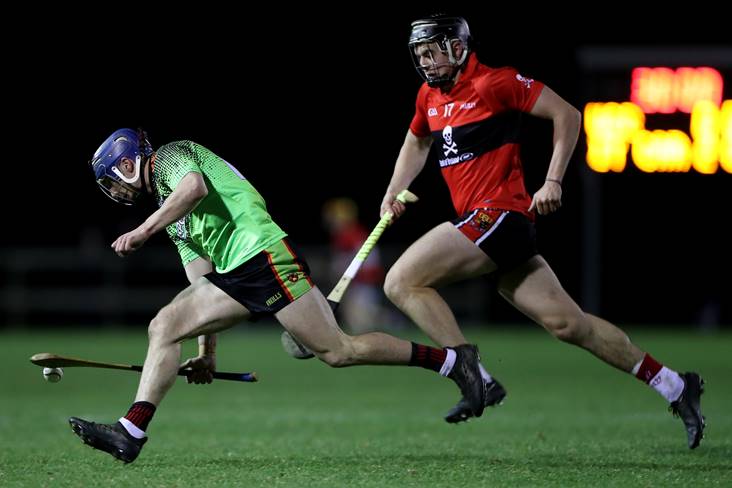 14-man UCC came good in the second half to retain their Fitzgibbon Cup title at IT Carlow's expense tonight.

Behind 2-5 to 0-7 at the break, the holders showed true grit and determination to dig out a one-point win at the DCU Sportsgrounds.

It marks a record 40th success for the famed Cork college who had to overcome the concession of two goals inside the first seven minutes.

UCC suffered another setback on 50 minutes when defender Niall O’Leary was shown a red card by referee James Owens for an incident involving opponent Chris Nolan but they refused to surrender their crown.

Kerry marksman Shane Conway was magnificent for the winners as they registered seven points in succession to hit the front heading into injury-time.

DJ Carey's men started like a house on fire with Seamus Casey and Liam Blanchfield blasting to the net to give their side an early 2-1 to 0-2 lead. IT Carlow held a four point interval lead and could have been even further ahead with some better composure in front of goal while Conway and Shane Kingston kept the champions in touch.

Carey's charges were dealt a blow approaching half-time when goalscorer Blanchfield was forced off injured before Stephen Bergin and Nolan extended their advantage on the resumption, 2-8 to 0-8.

However, they couldn't hold out for an historic first win in the competition as Tom Kingston's side powered to the finish line in front.