An injury-time goal from hat-trick heroine Caoimhe Keher Murtagh snatched a 4-9 to 2-12 victory for Loreto College Kilkenny over Presentation Athenry in the Tesco All-Ireland Post Primary Schools’ Junior A Camogie Final at St Rynagh’s in Banagher.

Keher Murtagh finished with 3-1 to her credit, the match winner actually putting Loreto ahead for the very first time in the game, having fallen behind to a goal after just 25 seconds from Olwen Rabbitte.

It was sweet for the Noresiders, and especially the survivors from 12 months ago, when they were denied by a goal in stoppage time from St Brigid’s Loughrea’s Kate Gilchrist.

Their 10th triumph at this level – all recorded in the past 13 years - also marked a famous double, following the Senior A triumph a fortnight ago in which Ali Kennedy, Kate McCluskey, Asha McHardy and Senior player of the match Emma Manogue were also involved.

Athenry were the unlucky opposition on that occasion too but this will be particularly hard to take, not least for joint captain Sabrina Rabbitte, who contributed 1-8 of her side’s tally.

Loreto did well to be level 20 minutes into proceedings, playing into the teeth of a strong wind. They recovered from the concession of a first-minute goal with two in six minutes from Keher Murtagh. But a goal and two points from Sandra Rabbitte helped Pres lead at the interval by 2-7 to 2-3.

The margin was the same 10 minutes in the second half, the teams sharing four points, but the Galwegians could thank goalie Laura Sweeney for making three superb saves. She was beaten eventually though and then Loreto clawed themselves level.

A replay looked on the cards but Keher Murtagh had one last chance and the goal queen made no mistake.

The Junior B title was garnered by Cashel Community College, who accounted for Coláiste Bhríde Carnew 2-13 to 3-6 in a cracker at Heywood. The Tipp crew utilised a strong wind well to lead by 2-10 to 1-3 at the break.

Lisa O’Connor struck their first goal after eight minutes and though Sarah Doyle responded at the other end at the beginning of the second quarter to reduce the margin to five, a goal right on the stroke of half-time by Grace Moloney was to prove pivotal.

An early Alessia Mazzola point extended the gap to nine points but Carnew threw everything into the remainder of the game, and two goals from Doyle by the 38th minute gave them real hope. She pointed immediately afterwards to leave just three between them but Cashel dug deep to see it out.

In the Junior C Final at Kingspan Breffni Park, it was Derry outfit St Cuan’s of Draperstown who came back in the second half to take the scalp of Galway school, St Cuan’s Ballinasloe by 1-7 to 1-5.

They trailed at half-time by 1-3 to 0-3, thanks to a 12th minute goal from Aoife Gormally, but team captain Aoife Doyle led the resistance after the restart. Inspiring with a fantastic player-of-the-match display, the St Colm’s club player came up with the crucial major to edge her team to glory.

The Junior D Final was a very one-sided affair as Cahir’s Coláiste Dún Iascaigh blew Loreto Navan away by 10-14 to 1-3 at Heywood. The Meath girls had shown tremendous character in overcoming a 12-point deficit in their Semi-Final win over Sacred Heart Newry but there was no way back for them against the might of their Tipperary opposition.

Kacey Meehan and Aisling Ryan were heavy scorers for the winners, and they had considerable support from the likes of Emily Coffey and Aoife O’Neill. Mia McNally registered Loreto’s goal. 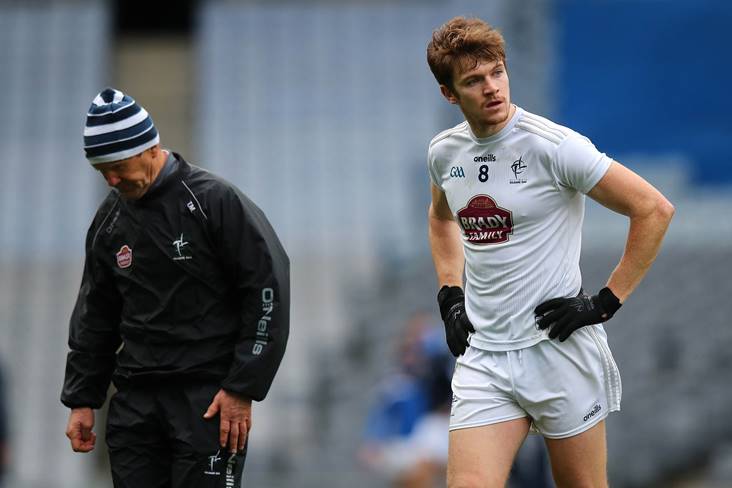