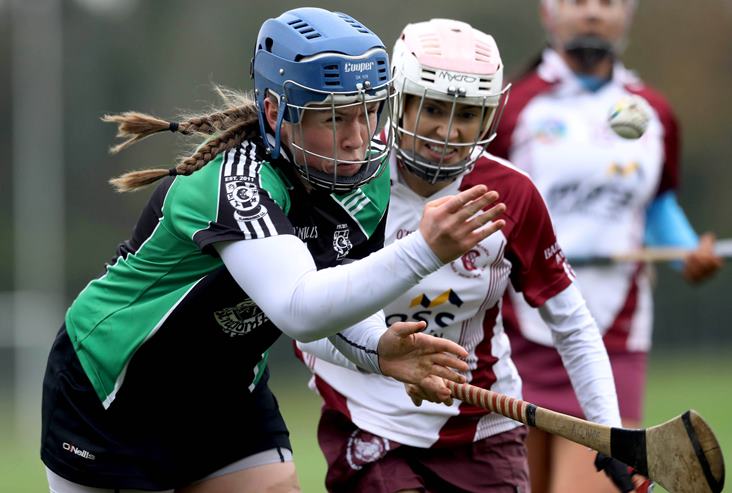 A wonder season for Kerry and Clanmaurice Camogie continues with the club side booking a place in the AIB All-Ireland Junior Championship Final.

They will play Raharney, who themselves have contributed significantly to unprecedented inter-county success with Westmeath claiming Intermediate honours and preparing for a debut campaign at Senior level next year.

It is a return to the club decider for Clanmaurice, having led until the last puck of the sliotar in the 2017 Final and been beaten in the replay by Kilmessan, who went on to repeat that success 12 months later.

The players have already made history in wearing county colours, as the only adult club side in Kerry propelled the Kingdom to Liberty Insurance All-Ireland Junior Championship glory at Croke Park last September.

Patrice Diggin was player of the match at HQ and subsequently earned player-of-the-year honours, and the flame-haired dynamo was at the core of Clanmaurice’s 0-11 to 0-3 triumph over St Brenda’s Ballymacnab in Banagher.

The Armagh and Ulster champions fought hard and were very competitive in the opening period, at the end of which Diggin scored four points from frees and another from play to give her side a narrow 0-5 to 0-3 lead.

It was all Clanmaurice after the resumption however as they held their opponents scoreless thanks to the leadership of Niamh Leen among others and they stretched clear to ensure their berth in the Final on November 24.

Raharney were pushed all the way by Roscommon and Connacht representatives St Dominic’s, who led by 0-4 to 0-2 at half-time thanks to three pointed frees from Susan Spillane.

It was the Westmeath contingent that flew out of the traps after the restart though and a goal from Hannah Core quickly followed by a point by the teenage dual star helped them establish a four-point advantage at the three-quarter mark.

They were unable to add to their tally for the remainder of proceedings but kept it tight in their own half, yielding only one more point to Niamh Watson to claim the spoils.

Mayo and Cavan will be represented in the All-Ireland Junior B Club Championship Final after western outfit Na Brídeoga edged out Warwickshire side John Mitchels 1-8 to 1-5, while Ulster queenpins Denn prevented a Westmeath double when denying Cullion 1-8 to 2-2.

Both Na Brídeoga and John Mitchels registered early goals and it was the British champions that led at the break by the minimum, but they were held scoreless in the second half as the Mayo women came out on top.

Denn had a 0-4 to 0-0 advantage at the interval and had to withstand a fervent rally from Cullion, but the Cavan unit possessed enough scoring power themselves to keep their noses in front and give themselves an opportunity of national silverware.