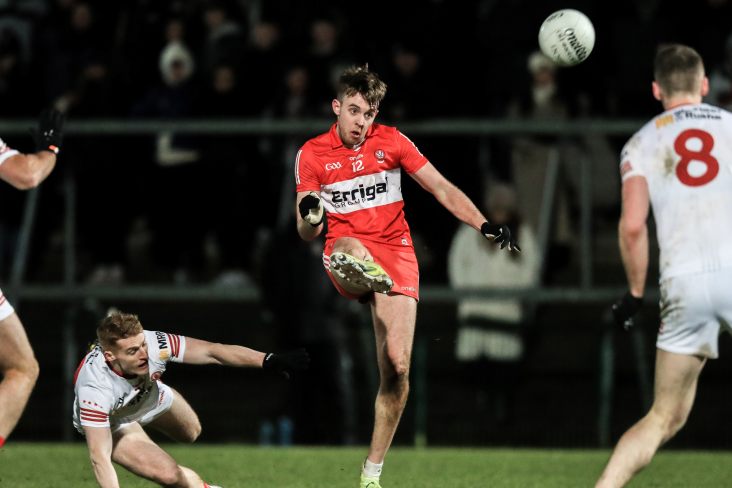 Derry are McKenna Cup champions for the first time since 2011 after brushing aside Tyrone with a 3-11 to 1-5 victory at the Athletic Grounds tonight.

All three the Ulster champions’ goals came in the second-half via Shane McGuigan, Oisin McWilliams and Niall O'Donnell to help ensure some early silverware to start the 2023 season with.

Tyrone started out with a largely experimental side before going on to introduce stars like Niall Morgan, Peter Harte and Cathal McShane off the bench.

Liam Nugent’s point would be the Red Hands’ sole score during the opening half in Armagh as Derry took in a 0-7 to 0-1 advantage at the break.

With McShane and Conor Meyler introduced for the second-half, Tyrone restarted in much better fashion and found the Derry net through marksman Darren McCurry before and they’d soon be level when sub ‘keeper Morgan sailed over a trademark ’45’.

However, the same man would conceded a 55th minute penalty which McGuigan expertly converted and with 12 minutes to go Oisin McWillams punched in a second goal for Rory Gallagher’s charges.

The Oak Leaf men were surely home and hosed once sub O’Donnell netted their third in the 65th minute as the margin between the teams finished up at a dozen.