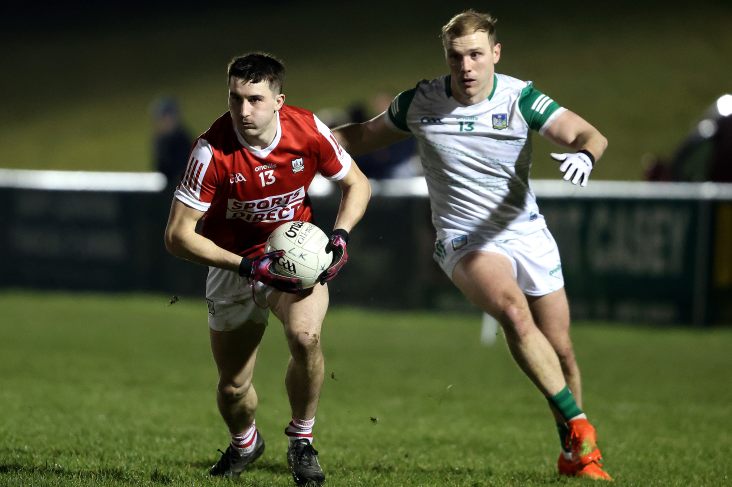 Cork made it three wins on the bounce last night as they claimed the McGrath Cup at Limerick’s expense thanks to a 0-19 to 2-7 victory in Mallow.

Brian Hurley and Steven Sherlock hit seven points apiece for the victors as the Rebels made a blistering start to run up a 0-5 to nothing lead on their opponents after 16 minutes.

Iain Corbett’s 24th minute penalty brought Ray Dempsey’s men right back into contention however, as they went in at the interval trailing by 0-7 to 1-3.

The Leesiders landed the first two points of the restart through their skipper Hurley and a hat-trick of points from Sherlock would follow to make double scores.

The visitors were right back in it again though when Davy Lyons hit the net at the third attempt on 55 minutes after the Adare man had been denied in his first two shots by Hurley and Luke Fahy.

John Cleary’s side would boss the closing quarter of an hour though, as substitute John O’Rourke sailed over a brace of points and Hurley would add two more before Colm O’Callaghan registered their 19th.

The win marks a first McGrath Cup triumph for the Rebel County since 2018 as they get set to head into their Division 2 Allianz League campaign – which begins against Meath on Sunday week – with a 100 per cent record.