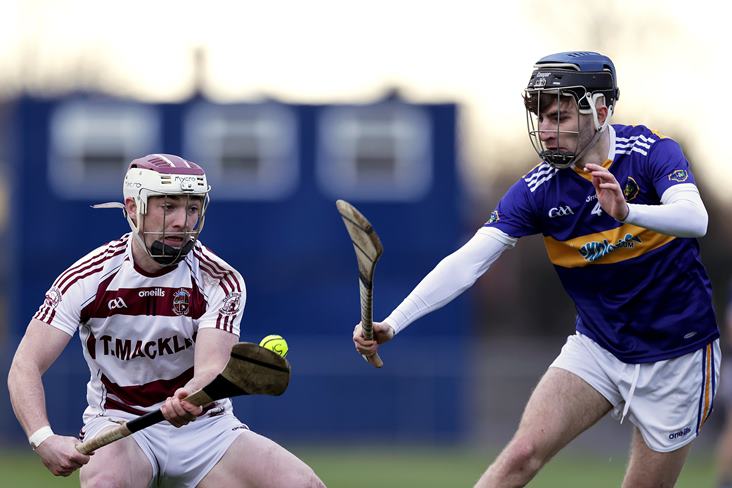 It was all too easy for Slaughtneil as they carved out a 2-24 to 0-11 victory against Portaferry in a lop-sided Ulster club SHC semi-final at Corrigan Park this afternoon.

After an evenly contested opening 20 minutes in which the sides were level on 0-4 apiece, the reigning champions cut loose to run out comfortable 19-point winners.

Mickey McShane’s side took control in the run-up to half-time, with the brilliant Brian Cassidy, who contributed 1-7 over the hour, hitting three points to leave them 0-10 to 0-5 up at the break.

On the restart, Portaferry goalkeeper Pearse Smyth pulled off a fine save to deny Shéa Cassidy, but Brian Cassidy netted the rebound to put them out of reach.

Jerome McGuigan came off the bench to score the second goal and wrap up the victory for Slaughtneil as they now turn their attentions to a final clash against Dunloy Cuchullains on 4 December.