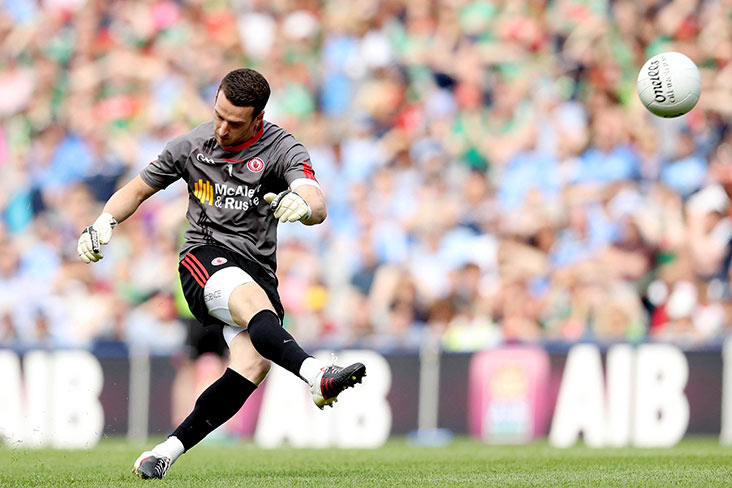 Tyrone goalkeeper Niall Morgan showcased his skills outfield on Monday night when he helped his native Edendork to victory over Kildress in the intermediate championship.

Edendork were dominant in a 3-25 to 0-14 win on the night to cement their quarter-final date against Beragh.

2021 All-Star and All-Ireland winner Morgan contributed 1-5 in total for his side, including a late goal set-up by Stephen Gervin, to help round off the win.

Morgan’s county team mate Darren McCurry also weighed in with 1-6 in the victory.

Niall Morgan contributed 1-5 to the Edebdork tally in their impressive win over Kildress. Niall was impressed by the young upcoming stars in the Edendork side. pic.twitter.com/jqWLfoDoVE