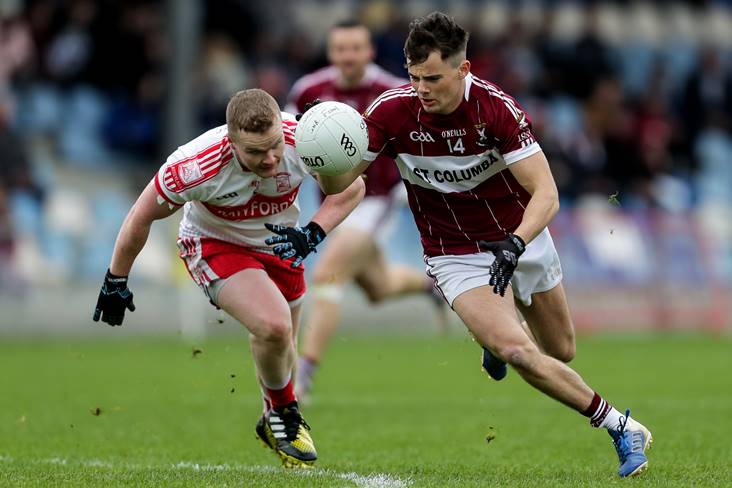 Mullinalaghta St Columba's and Colmcille have progressed to the semi-finals of the Longford senior football championship.

Chasing a fifth title in seven years, holders Mullinalaghta were pushed to the pin of their collar before they got the better of Abbeylara by the narrowest of margins, 0-15 to 2-8.

Abbeylara looked to be on the verge of causing a huge upset when PJ Masterson's goal with five minutes of normal time remaining left them leading 0-11 to 2-7.

The experience and guile of St Columba’s stood to them though, as four successive scores from David McGivney (free), Cian Mackey, James McGivney and Rian Brady saw them through.

In today's curtain-raiser at Glennon Brothers Pearse Park, Colmcille recovered from the concession of three first-half goals to overcome Mostrim on a 0-15 to 3-4 scoreline.

Mostrim were the better side early on with goals by Darragh Doherty, Tiarnan Hussey and Seamus Hannon giving them a 3-2 to 0-5 lead, but inspired by captain Jack Macken, Colmcille avenged their defeat at the semi-final stage of last year's competition.