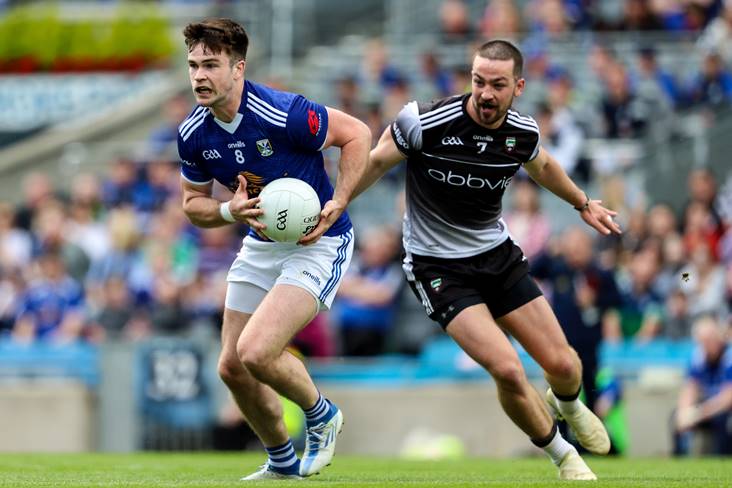 Cavan have booked their place in the final of the inaugural Tailteann Cup after a three-point victory over Sligo.

Mickey Graham's charges justified their strong favouritism for outright honours by overcoming a stern Yeats County challenge on a 0-20 to 1-14 scoreline in the first of today's two last four clashes at Croke Park.

They will return to GAA headquarters on July 9 when they face Westmeath - 3-22 to 2-16 winners against Offaly in the second game.

The Raymond Galligan-captained outfit had no fewer than eleven different scorers in the first-half as they eased into an early 0-6 to 0-0 lead, with Martin Reilly opening their account on 2 minutes.

James Smith, Thomas Galligan, Oisin Kiernan, Paddy Lynch and Conor Brady supplied the winners' next five scores before Pat Spillane, the son of eight-time Kerry All-Ireland winner Pat, finally got Sligo up running from a point in the 14th minute.

Tony McEntee's side were wasteful in front of goal at times but dragged themselves back into the contention thanks to a well-taken Paddy O'Connor penalty after wing-back Luke Towey was hauled down.

O'Connor could have had a second goal moments later but saw his effort come back off the crossbar to safety as goalkeeper Galligan (free), Gearoid McKiernan and Cian Madden reeled off three points without reply to hand Cavan a 0-11 to 1-3 interval lead.

Sligo fired back on the resumption with points from marksman Niall Murphy (2), following his half-time introduction as a substitute, and midfielder Spillane to narrow the gap to two by the 42nd minute.

However, Cavan, despite coughing up some goal chances of their own, were always able to keep themselves that bit in front down the home stretch with Killian Clarke - making his 100th appearance for the county - also managing to get his name on the scoresheet.

There was still two points in it deep into injury-time of an entertaining contest but the outstanding Gerard Smith fired his fourth with the last kick of the game to seal his side's passage.