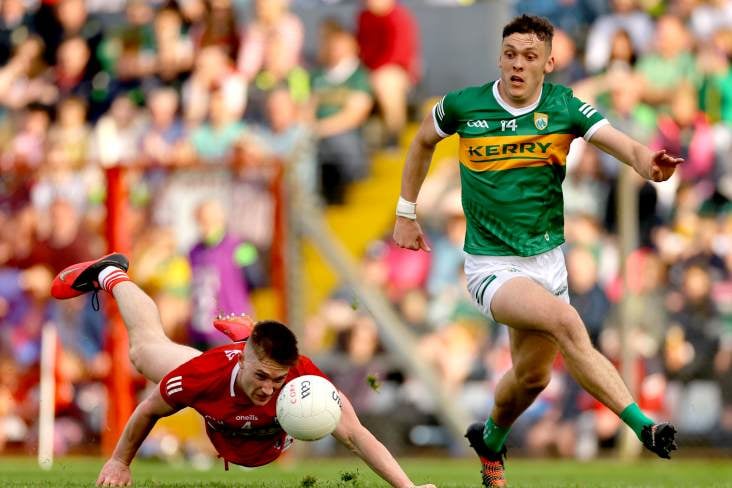 Kerry star David Clifford credited the “massive boost” the Kingdom got from their bench in last Saturday’s Munster SFC semi-final victory over Cork.

After a tough battle at Pairc Ui Rinn, Jack O’Connor’s men came away with 0-23 to 0-11 after delivering a sizzling final quarter display.

Speaking to Sky Sports GAA on the provincial derby clash, Clifford said that the Munster champions were well aware of the challenge the Rebels would bring last weekend and credited some experienced substitutes to help get them through it.

"We got a massive boost off the bench. Particularly the experienced fellas, which is great. Some of them have been struggling for fitness throughout the league. To have them back in, brings a bit of depth. But it also brings a massive amount of competition too within the camp which is good," Clifford noted.

"It was nice to come out the right side of it. It was a tough battle. Plenty of things to work on obviously, but it was nice to get out of it."