Galway show ruthless streak in second-half to blow away Leitrim 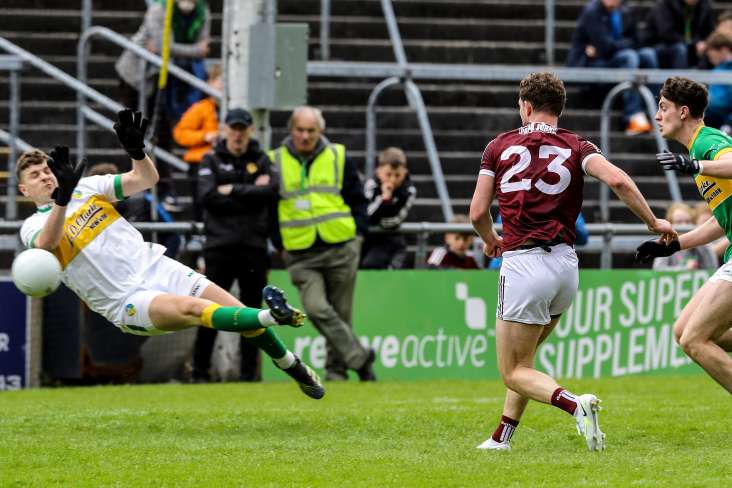 Galway eased into their seventh consecutive Connacht senior football championship final by blowing away Leitrim with a 4-20 to 0-9 victory at Pearse Stadium.

Padraic Joyce’s men bagged all four of their goals in the second-half, having led by 0-12 to 0-5 at half-time, to set-up a provincial final date with Roscommon on May 29th and send Leitrim into the Tailteann Cup.

The sides had been level three times in the opening 13 minutes before Galway midfielders Cillian McDaid and Paul Conroy kicked points that eventual saw the margin widen to seven by the interval.

Ryan O’Rourke and Keith Beirne grabbed points that kept the visitors in touching distance for large portions of the first-half but the second-half would turn out disastrous for Andy Moran men.

Patrick Kelly netted two goals after the turnaround that all but sealed the victory for the Tribesmen before fellow substitutes Niall Daly and Owen Gallagher raised more green flags to round off the 23-point win.