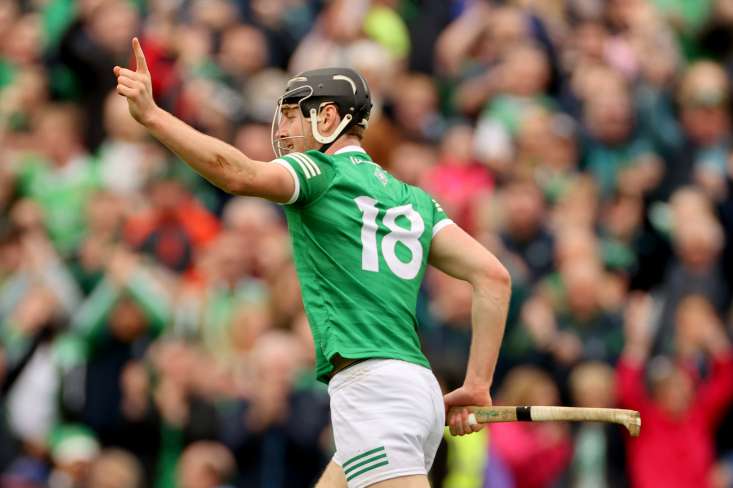 Limerick left it late to see off Tipperary and book their place in another Munster senior hurling championship final.

It finished 3-21 to 0-23 at the TUS Gaelic Grounds, where Tipp fought to the end after having taken in a deserved two-point lead at the interval.

Aaron Gillane had the sliotar in visitors’ net after seven minutes but three frees from Noel McGrath steadied the Premier County’s ship and further points from Barry Heffernan and McGrath (two frees) would see them 0-14 to 1-9 ahead at the half.

McGrath registered his 10th point of the afternoon with a splendid sideline cut in the 48th minute, making it 0-18 to 1-13, and Tipp looked to hang on as Jake Morris and McGrath (65) raised their tally to 0-20.

Limerick boss John Kiely had introduced some impactful substitute to the fray in the closing quarter and from the 60th minute his side would outscore Tipp by 2-6 to 0-3.

Sub Conor Boylan netted the Treaty men’s second goal before Gillane rounded off his 2-5 tally with their third on the 70-minute mark.

Check out the two late goals that got Limerick over the line below.

A fantastic catch and calm finish from Aaron Gillane to get @LimerickCLG's third goal of the day. pic.twitter.com/2ejN5x0Xyt