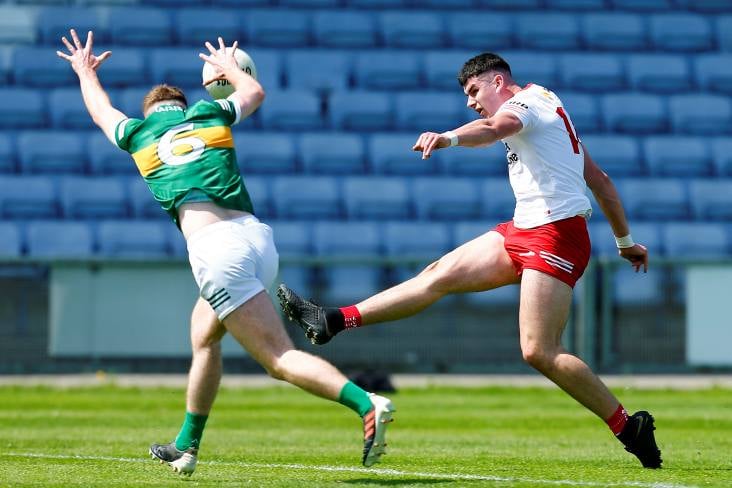 Tyrone will face Kildare in the All-Ireland U20 football championship final next Saturday after edging Kerry on a 1-14 to 1-12 scoreline in Portlaoise this afternoon.

Ciaran Bogue bagged the decisive goal with three minutes of normal to go at O’Moore Park as the Ulster champions were able to see out the two-point win in the end.

After an airtight first-half, Kerry went in leading at the break 0-6 to 0-5 and hammered in a goal via Dylan Geaney three minutes into the resumption.

Paul Devlin’s lads battled back as ‘Man of the Match’ Ruairi Canavan and Conor Cush registered points and a brace of points from the former had the Red Hands level with five minutes to go.

Canavan looked to steer his side in front two minutes later with a point effort that came back off the post and Bogue was quickest to the rebound before rounding the ‘keeper for this neat finish: