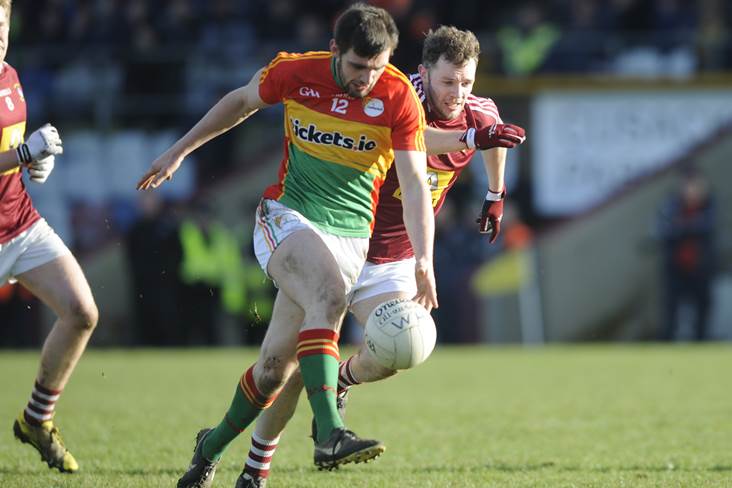 Tomorrow’s O’Byrne Cup clash between Westmeath and Carlow has been cancelled.

The two sides were scheduled to play at Lakepoint Park on Saturday afternoon (throw-in 2pm) but the Leinster Council has confirmed this morning that the game will not go ahead.

Carlow took on Kildare in the competition’s second round last night and ended up on the receiving end of an 18-point hammering at Netwatch Cullen Park.

With the Lilywhites now advanced to the semi-finals as Group C winners, the decision has been taken to cancel tomorrow’s game in Mullingar.