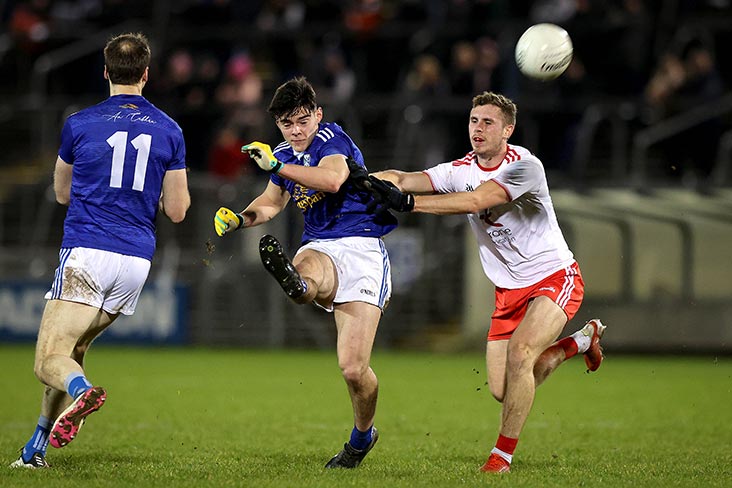 All-Ireland champions Tyrone were brought back down to earth with a bang by Cavan in last night’s Dr McKenna Cup clash at Kingspan Breffni Park.

The home side enjoyed a 15-point victory over an understrength Red Hands team with Gearoid McKiernan delivering a man-of-the-match performance.

The Breffni County’s talisman helped himself to 1-4 and his goal parachuted Mickey Graham’s side into a commanding 1-8 to 0-2 interval lead.

Conor Meyler, Conn Kilpatrick and Michael McKiernan all saw action as subs but they were unable to put a halt to the Breffni County’s gallop.

The visitors’ woes were compounded when Richie Donnelly was red carded in the 39th minute.