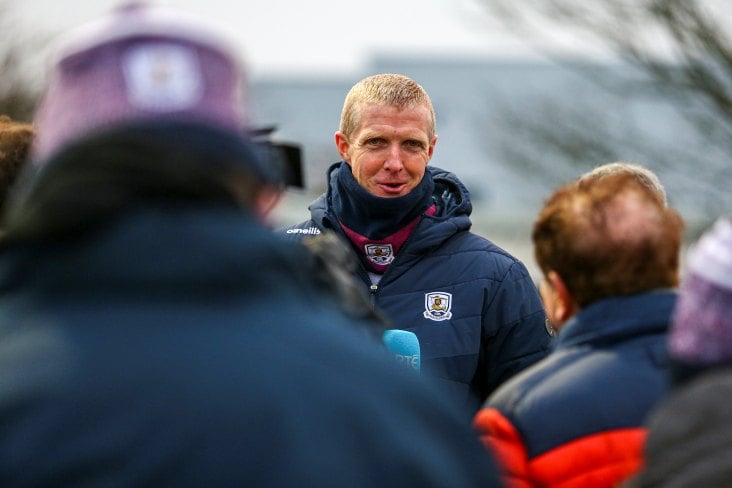 New Galway manager Henry Shefflin has admitted he tested the water to see if Joe Canning might change his mind about retiring from inter-county hurling.

And while Shefflin said he would have loved to have worked with his fellow Hurler of the Year, he accepts that Canning has brought the curtain down on his Galway career.

And while Canning will no longer be terrorising opposing defences, he will be teaching the next crop of young Galway hurlers how to do it after joining the county’s minor management team.

Shefflin, whose understrength new charges got their season off to a 2-19 to 0-19 Walsh Cup win over Michael Fennelly’s Offaly, said he regularly sees Canning at Galway’s training centre in Loughgeorge where the seniors and minors are preparing for the new season.

“Would I have liked to work with him? Of course I would, he was a once in a lifetime generation hurler and he will be a massive loss but it’s over to the other players now and they will know that they have to fill that void,” said Shefflin.

“A massive void to fill but they will have to fill it. And I think it’s him, and I’ll mention Aidan Harte as well who stepped away. What Joe Canning and Aidan Harte have done over the last few years and put their bodies through for Galway hurling is a testament to the character of both players.

“Did I chat to Joe? I did chat to Joe but Joe is very comfortable with his position and I think it was very positive for Galway hurling then to see him going in with Fergal Healy and the management team in the minor.

“It is just a great sign. I’ve seen him in Loughgeorge (Galway training centre) on a Saturday morning and Sunday mornings at 10am, so he’s very much there hands-on and wants for the betterment of Galway hurling.

“I suppose we are trying to find the newer players going to fill the vacancies left behind by them.”