McCartan returns for second spell as Down boss 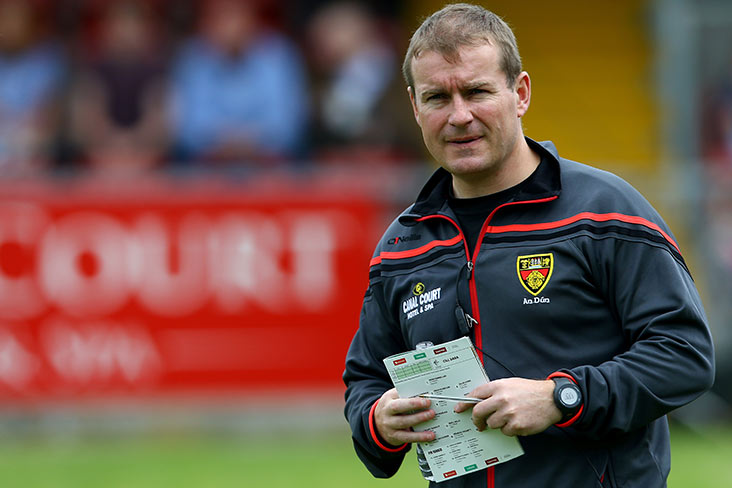 James McCartan has returned as Down senior football manager after being ratified at last night’s county board meeting.

Armagh All-Ireland winning defender Aidan O’Rourke is set to once again work with McCartan as the team’s head coach, with the latter having previously held the manager's position for four years.

2010 saw McCartan steering the Mourne County to an All-Ireland SFC final appearance against Cork and, after stepping down in July 2014, he went on to manage Down’s minor team.

An All-Ireland winner with Down in 1991 and 1994, McCartan also coached Queen’s University to Sigerson Cup glory in 2007.

He succeeds Paddy Tally in the role as manager with the latter having subsequently joined Jack O’Connor as part of his new management team in Kerry.

The appointment leaves Longford as last county still on the lookout for a new senior manager.

James McCartan returns to manage Down

Down GAA County Committee have appointed James McCartan as manager of the senior football team.

At a meeting on Wednesday evening, the two-time All-Ireland winner was ratified for the role he previously held from 2010 to 2014. pic.twitter.com/rr952xiSHN