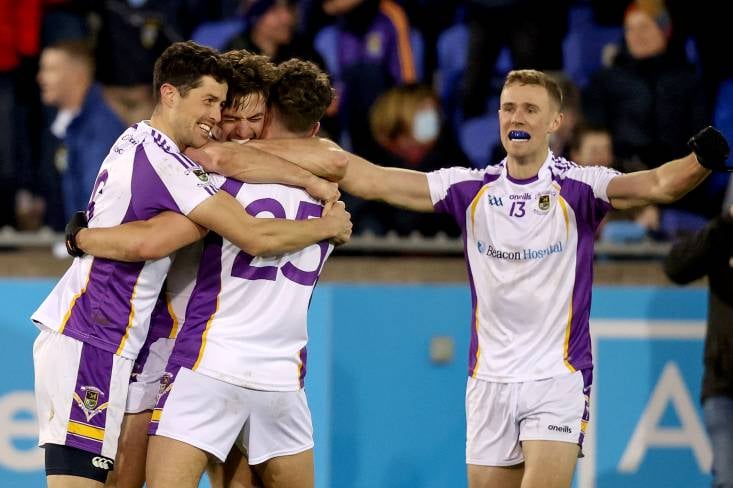 Pearson’s late strike cemented a 1-7 to 1-6 victory at Parnell Park, where Crokes managed a five-point turn around in what was a low-scoring decider in the capital.

In fact, neither side recorded a single score in the opening 23 minutes and it even took 10 minutes for the first wide of the game to be registered.

When the first score did arrive it was St Jude’s that hit the jackpot through an Alan Connolly goal laid on by Kevin McManamon.

Paul Mannion got Kilmacud up and running soon afterwards and a point at the other end from Dara Kavanagh left it at 1-1 to 0-1 for the half.

David Mannix and Connolly stretched the St Jude’s lead but Crokes made some inroads as ‘keeper Conor Ferris sailed a ’45’ and Mannion landed a brace to leave the title up for grabs with 10 minutes to go.

Substitute Cian O’Connor’s well-taken goal on 51 minutes put the 2018 champions into their first lead prior to Mannix (free) and goalkeeper Brian Coakley (‘45’) steering St Jude’s back into the lead by the 57th minute.

Aidan Jones got Crokes level by the 62nd minute before sub Pearson ensured that the coveted silverware was headed back to Stillorgan this evening as the club completed a sensational senior football and hurling championship double in the capital.

.@KCrokesGAAClub are the #GoAheadDSF1 Champions 🏆👏

A historic day, week and year for the club! Congratulations to the Senior Footballers after their magnificent win this afternoon to make it a Senior Club Double! pic.twitter.com/hh1H3Py0EQ