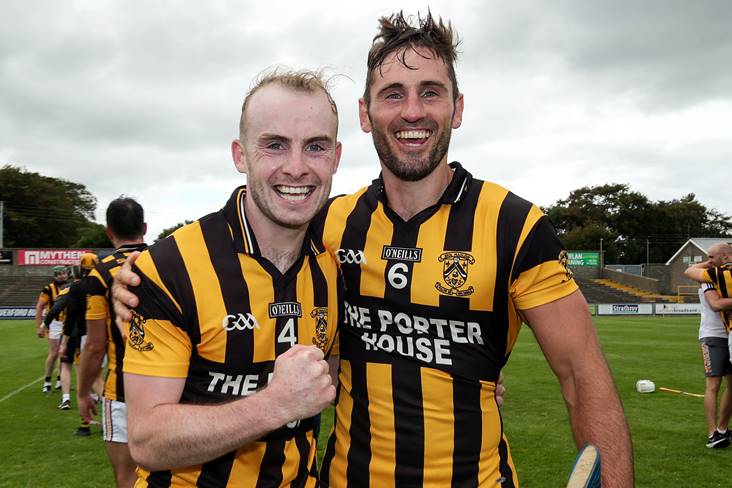 Jody Donohoe came off the bench to inspire Shelmaliers to a 2-11 to 1-10 win over 14-man Gusserane O'Rahilly's in today's Wexford SFC final at Chadwicks Wexford Park.

The sides were deadlocked at 1-9 each midway through the second-half but super-sub Donohoe edged Shels ahead on 50 minutes with a well-taken goal and that would give them the confidence to go on and claim their second-ever SFC crown.

Aaron Murphy's opening goal on 27 minutes had helped the eventual winners to a narrow 1-5 to 0-7 interval advantage before Mark Rossiter replied with one at the other end ten minutes after the restart.

Gusserane were reduced to 14-men due to the sending off of Cillian Kehoe on a second yellow card near the end as Shelmaliers held out for a deserved victory.