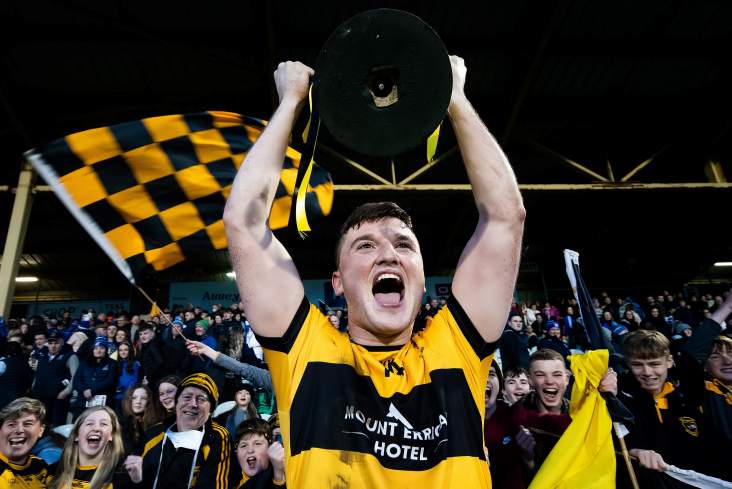 It finished 1-11 to 0-4 at MacCumhaill Park, where the winners held their fancied counterparts to just a single point in the second-half.

Eoin McGeehin was what saw the men from Letterkenny lead by 1-3 to 0-3 at the half and points from Shaun Patton and Kieran Tobin would have them five to the good before Glenties were reduced to 14 men with the sending off of Eunan Doherty on a second caution.

St Eunan’s kept their foot on the throttle after that and it went from bad to worse for their opponents as they were reduced to 13 after Charlie McGuinness received his marching orders.

Ciaran Thompson would register Naomh Conaill’s only point of the second-half while, at the other end, Rory Kavanagh’s clinched the title in style via points from Shane and Niall O’Donnell.

The win marks St Eunan’s 15th ever Donegal SFC success, equalling the current record held by Gweedore for most amount of senior football titles in the Tir Chonaill County.