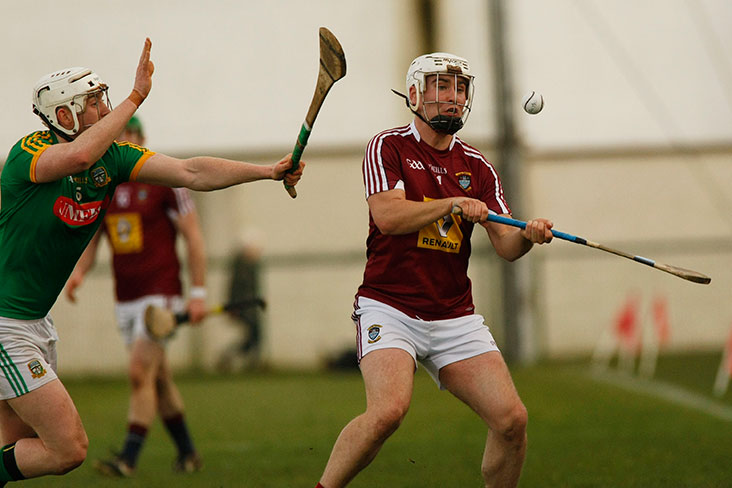 Raharney won their 14th Westmeath SHC title with a 0-21 to 0-18 victory over Castletown-Geoghegan at TEG Cusack Park today.

Castletown, who have now lost three successive county finals, had the chance to send the game to a replay at the death but goalkeeper Aaron McHugh pulled off a fine save.

With talented marksman Killian Doyle showing the way, the Deelsiders put down a large deposit on their victory during a first-half which finished 0-11 to 0-6 in their favour.

The side captained by Sean Quinn remained in front by three points, 0-15 to 0-12, at the end of the third-quarter and that was the difference at full-time as Castletown failed to take advantage of the breeze in the second period.