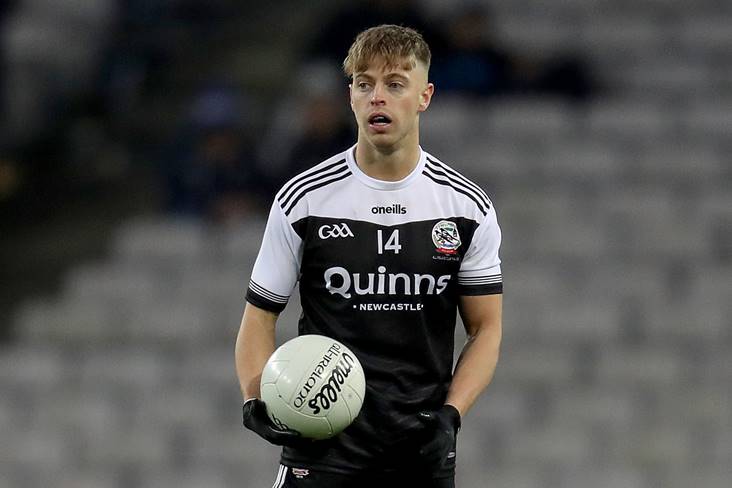 Johnston’s strike came after four minutes and would see the holders go on take a 1-3 to 0-2 lead by the first water break and a pair of Ryan Johnston points had the margin out to five before Ronan McGrath stemmed the tide for Burren.

Donal O’Hare and Paul Devlin (free) swapped points in first-half injury-time that left the difference at five and Burren wouldn’t make any inroads until after the second water break.

O’Hare’s hat-trick of points and one from David McEntee suddenly saw the scoreboard reading 1-11 to 0-12 heading towards injury-time but Burren couldn’t kick on further.

Instead, Anthony Morgan kicked a settling point for Kilcoo in the 61st minute and the only response would be another O’Hare point which proved consolation for Burren in the end.

Brendan Rice blows for full time and Kilcoo are County Champions for 2021. Well done to the magpies and commiserations to Burren. pic.twitter.com/PYEtwlUvXO