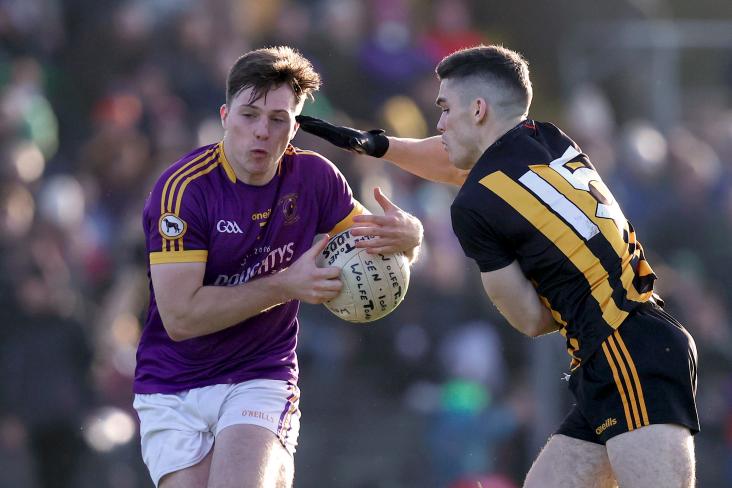 Wolfe Tones are Meath senior football champions for the first time in 15 years after defeating St Peter’s, Dunboyne by 1-9 to 0-9 this afternoon in Navan.

Saran O’Fionnagain early goal proved to be what separated the sides at the finish, with Wolfe Tones never trailing throughout this decider.

O’Fionnagain’s strike settled the winners in nicely after just five minutes at Pairc Tailteann and after Dunboyne levelled through the points of Stuart Lowndes, Donal Lenihan and Craig Lowndes they’d fall back behind again.

Thomas O’Reilly (2), O’Fionnagain and Cian Ward kicked points that outweighed one from Lenihan at the other end and they would surge Wolfe Tones towards a 1-5 to 0-4 lead at the half.

Champions in 2018, Dunboyne landed the first three points of the resumption via Lenihan (2) and Conor Doran but couldn’t kick on from there as O’Fionnagain steadied the Tones’ ship with another white flag.

Lenihan got another back for the trailers before the next three scores flew over Dunboyne’s crossbar through Niall O’Reilly, Cian Ward and Caolan Ward which would be enough to decide the destination of the Keegan Cup.