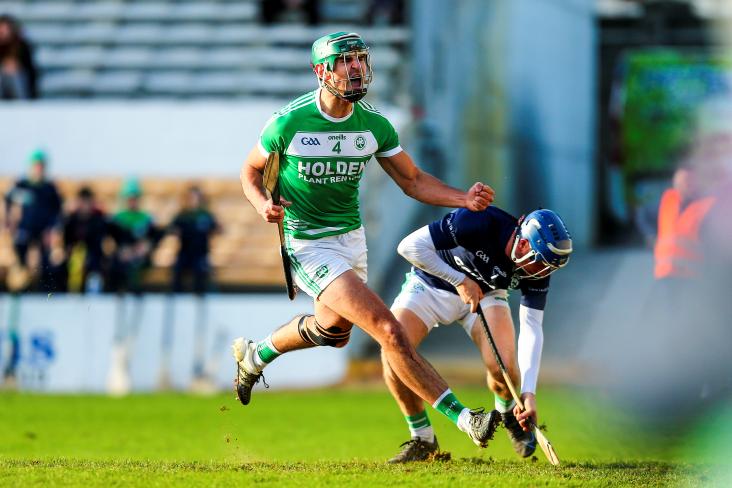 Ballyhale Shamrocks landed their fourth consecutive Kilkenny senior hurling championship title this afternoon by seeing off O’Loughlin Gaels on a 3-19 to 3-15 score-line.

Corner-back Brian Butler struck the crucial goal late on that sealed the Shamrocks their 19th SHC success, leaving them just one behind county record holders Tullaroan.

In what was a gripping decider at Nowlan Park, Owen Wall's goal saw O’Loughlin Gaels lead by 1-11 to 0-11 at the half before goals from Joe Cuddihy and Adrian Mullen in the opening 12 minutes of the second-half turned the tide in the holders’ favour.

Kilkenny star TJ Reid (0-9) created both majors for Ballyhale prior to Paddy Deegan netting their opponents back in front.

The winners closed out brilliantly however, hitting 1-6 without reply, which saw Reid, who collected his 10th county medal with this victory, to the fore and Butler’s brilliant strike sealing the deal.

Deegan would miss a penalty on the hour mark before hitting the net two minutes later but it was too little, too late by then as Ballyhale clinched another senior championship success.