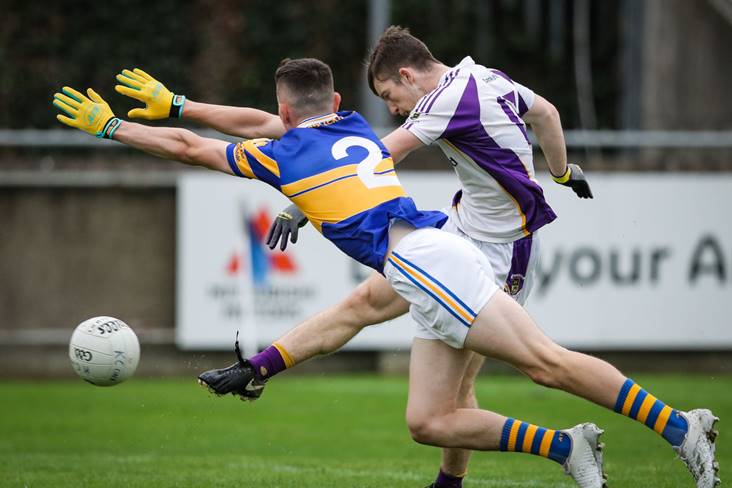 Second-half goals from Hugh Kenny and Tom Fox paved the way for Kilmacud Crokes' impressive victory over Castleknock at Parnell Park this afternoon.

Crokes possessed too much firepower in this first round clash and came away with a 2-18 to 1-13 win.

They built up a 0-12 to 1-6 lead at the midway point after Robert Shaw's goal three minutes from the break had kept Castleknock in touch.

The victors got off to a perfect start to the second period when Kenny fired to the net.

Then Fox, who finished with 1-5 to his name, pounced for a second green-flag in the 47th minute to ensure there was no way back for the Somerton outfit.

In the curtain-raiser, Anthony Rainbow's Ballyboden St Enda's ran out convincing 2-17 to 0-8 winners against Raheny, with Warren Egan and Colm Basquel supplying the goals.