"That's probably the day that they won the All-Ireland" 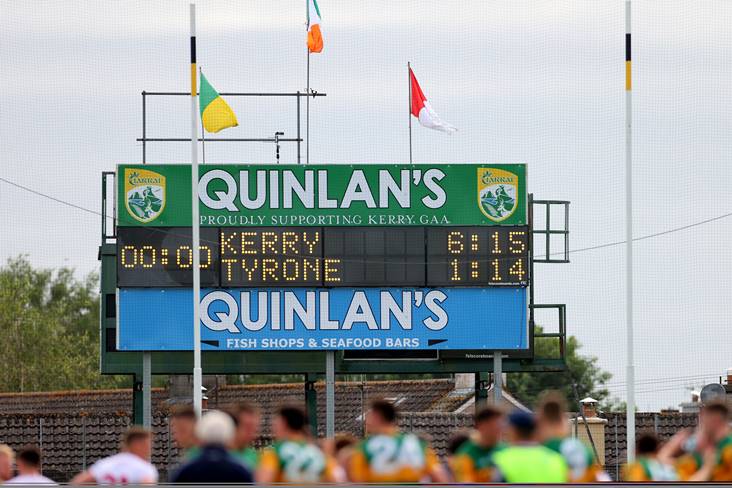 The full-time score in the Allianz FL Division 1 semi-final clash between Kerry and Tyrone at Fitzgerald Stadium, Killarney. ©INPHO/James Crombie.

Few could have envisaged them lifting the Sam Maguire Cup after they shipped five first-half goals to Kerry in the Allianz League Division 1 semi-final exactly three months ago.

Managers Brian Dooher and Feargal Logan deserve huge credit for the drastic turnaround following that humiliating 6-15 to 1-14 defeat in Killarney.

It was there, at Fitzgerald Stadium, where Tyrone laid the foundations for future All-Ireland success, says former Donegal boss Jim McGuinness.

"It's an interesting one, because that's probably the day that they won the All-Ireland, that would be my take on that," McGuinness said when speaking as a pundit on Sky Sports.

"I would suggest that the reason they're standing there today as All-Ireland champions is that game had a big bearing in shaping the mindset that's required. And then obviously, that will feed the training and intensity and the energy levels and everything that goes with it."