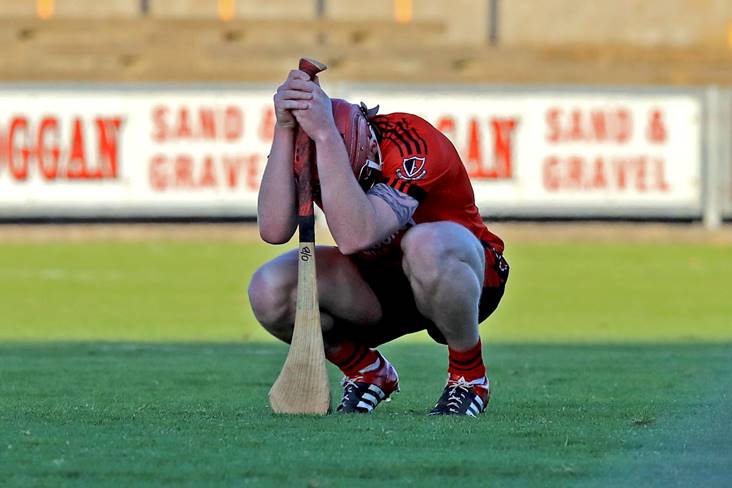 Oulart-The Ballagh are relegated from the Wexford SHC.

The Chadwicks Wexford Park do-or-die clash which pitted two former Wexford managers - John Meyler (St Martin's) and Liam Dunne (Oulart) - against each other - finished 1-26 to 0-16 in favour of the Quanstown outfit.

It's a dramatic fall from grace for the Oulart club who were crowned Leinster champions six years ago.

The writing was on the wall from an early stage with Martin's racing into a 0-6 to 0-0 lead after 10 minutes.

Mikey Coleman's goal on the stroke of half-time then left them nine points clear at the break, 1-14 to 0-8.

St Mogue's Fethard also made the drop to the intermediate ranks following a narrow 1-16 to 1-15 loss to Crossabeg-Ballymurn in the curtain-raiser.