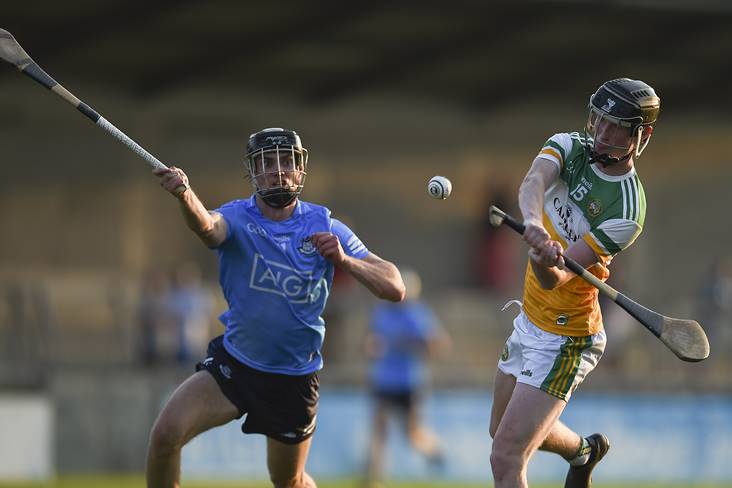 Offaly's Niall Lyons scores a point despite the effort of Séamus Fenton of Dublin. ©INPHO/Tommy Grealy.

Reigning champions Dublin will take on Jeffrey Lynskey's Galway in a repeat of last year's final in next Tuesday's Leinster U20 hurling championship decider.

The sides only met in the 2020 provincial showpiece last month when the Dubs edged Galway 1-20 to 1-18 in a breathtaking contest at Tullamore.

A large contingent of players across both teams from that day are still eligible for this grade.

Dublin had to withstand a strong second-half comeback from Offaly before advancing with a 2-15 to 1-15 win at Parnell Park.

The hosts raced into a 1-3 to 0-0 lead with just four minutes on, Dara Purcell pouncing for the game's opening goal.

They then took a seven-point lead into the half-time break, 2-9 to 0-8 after Ciarán Foley netted from the penalty spot.

A 49th minute goal by Charlie Mitchell hauled the Faithfuls backed into the game as they hit 1-4 without replay to narrow the gap to a point.

But a couple of late injury-time points from Cian Boyle and Foley saw Dublin over the line. 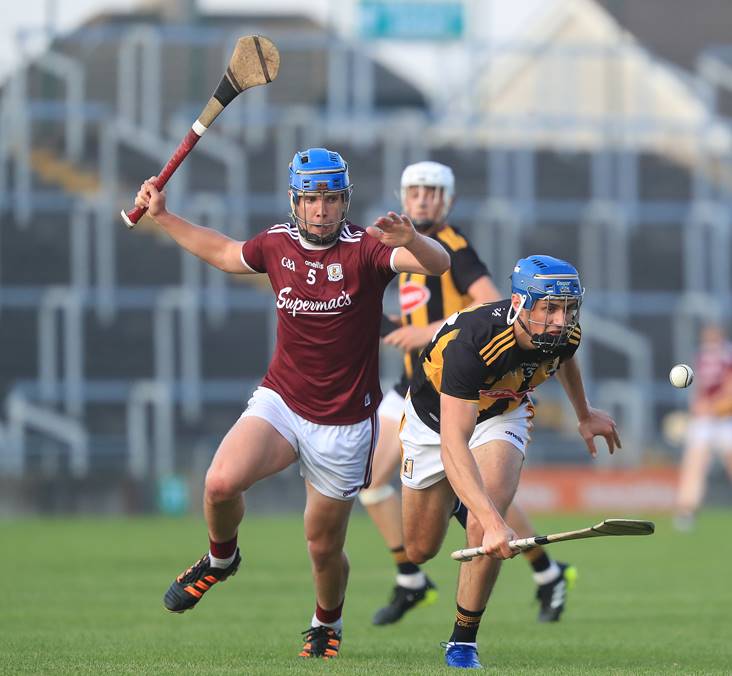 At Bord na Mona O'Connor Park, Galway laid the foundation for victory in the opening half as they enjoyed a sizeable lead over Kilkenny at the break (1-13 to 0-3).

Lynskey's charges had pulled 0-8 to 0-1 clear by the first-half water-break, with Donal O’Shea landing four points.

However, the Cats proved an entirely different proposition in the second-half.

A Tomas Dunne goal from a penalty rebound helped cut the deficit to five points with eight minutes remaining.

But Galway hung on.

Elsewhere, in the All-Ireland U20HC B semi-finals, Meath defeated Down 3-16 to 2-12 at the Clan na Gael grounds in Dundalk and Derry came away from Markievicz Park with a 2-19 to 1-15 win against Sligo.