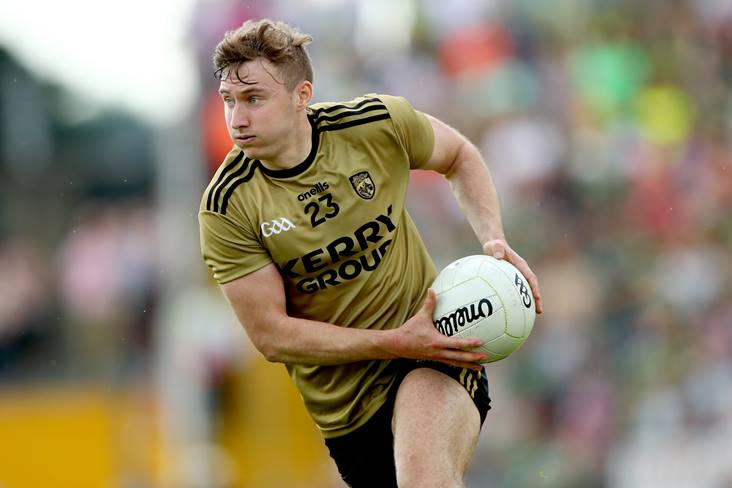 Former Footballer of the Year James O’Donoghue has left the Kerry senior squad ahead of this Sunday’s Munster SFC final against Cork.

The Killarney Legion clubman, who has been hindered by injuries throughout his career, has been limited to just 85 minutes on the field for his county over the past two seasons.

Last Saturday evening saw O’Donoghue line-out for his club against Kenmare, scoring 1-2 in the first-half of the win before being withdrawn and he wouldn’t appear in the second-half.

“To be fair to Peter Keane, this probably happened post Friday’s media briefing, during which the Kerry manager had indicated that James was battling for a place in the matchday 26,” he stated.

“James indicated that he wanted to take some time out from the Kerry setup and play some club football to see could he get some form back and see where that would take him.

“It probably means that he will not be involved if we beat Cork because we have a very short window with everything to be completed within four to five weeks if Kerry do go all the way (to the All-Ireland final).”

Meanwhile, Kingdom forward Dara Moynihan has been rated as extremely doubtful for Sunday’s provincial decider at Fitzgerald Stadium, while Dr Crokes ace Tony Brosnan is said to be fully fit for the showdown with the Rebels (throw-in 4pm).