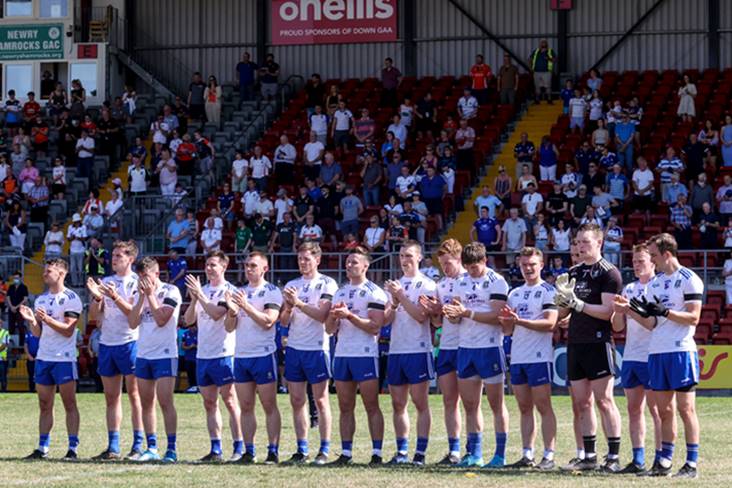 Speculation is rife that the Ulster U20FC final, which is scheduled for next Saturday, will be postponed in the wake of the tragic death of Monaghan captain Brendán Óg Duffy.

The 19-year-old, who died in a car crash on his way home from his side's Ulster semi-final win over Donegal in Enniskillen last Friday night, will be laid to rest on Wednesday and it's likely that the Farney County will seek a postponement of the final against Down.

There were calls for last Saturday's Ulster SFC semi-final between Monaghan and Armagh to be postponed, but it went ahead with Seamus McEnaney's side winning a thrilling contest on a 4-17 to 2-21 scoreline.