"Incredibly proud day for the club" 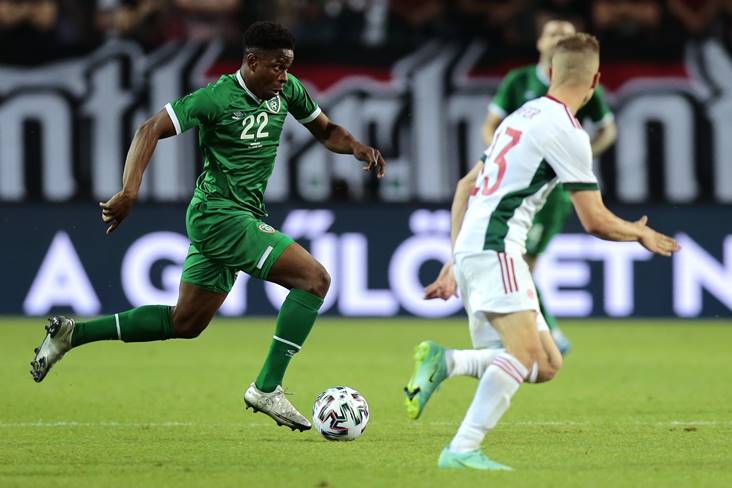 Former Nemo Rangers star Chiedozie Ogbene made his senior international debut for the Republic of Ireland soccer team in last night's friendly against Hungary at the Ferenc Szusza Stadium.

The 24-year-old Rotherham United winger became the first African-born player to represent Ireland at the highest level, coming on as a late substitute in the goalless draw in Budapest.

He played League of Ireland for Cork City and Limerick before moving to England with Brentford and then the Millers.

Having moved to Cork from Nigeria with his family as an eight-year-old, Ogbene was once a promising gaelic footballer with his local Nemo Rangers club.

His last game for the Cork kingpins before putting all of his attention on his soccer commitments, was an U21 final in 2015 in which he scored 1-2 in a man-of-the-match performance.

Nemo Rangers are proud to call Ogbene one of their own, they tweeted last night: "There he is! An incredibly proud day for the club as @EdozieOgbene makes his full international debut for @FAIreland"

There he is! An incredibly proud day for the club as @EdozieOgbene makes his full international debut for @FAIreland pic.twitter.com/Ym6KP6jmym