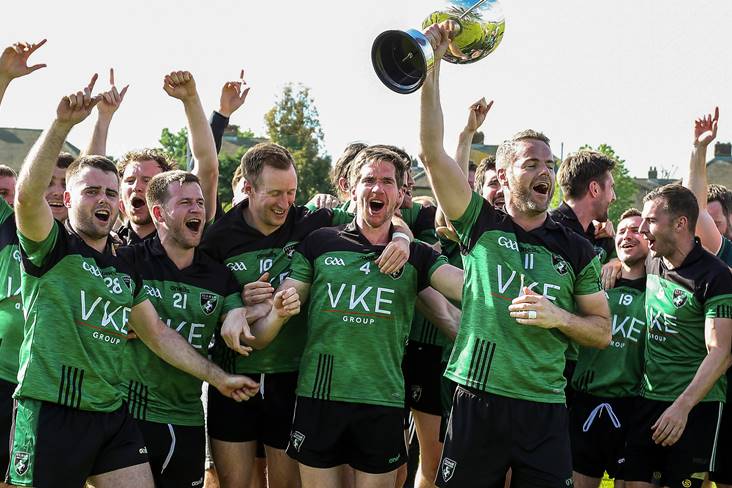 Fulham Irish are the 2020 London senior football champions after beating holders Tír Chonaill Gaels 2-17 to 0-16 after extra-time at McGovern Park this afternoon.

Fulham finally got to exact revenge on their conquerors from the past two championship deciders in the English capital.

Goals in the second-half of extra-time by Kerry's Jack Goulding and team captain Michael Murphy sealed a dramatic victory.

It had finished 0-13 at full-time as the two sides could not be separated in another ding-dong battle in Ruislip.

Leading by three points with five minutes of normal time remaining, Gaels, going for a three-in-a-row, appeared to have one hand on the trophy.

However, Ronan Sloan came up trumps for Fulham with almost the last kick of the game and they carried that momentum into extra-time.