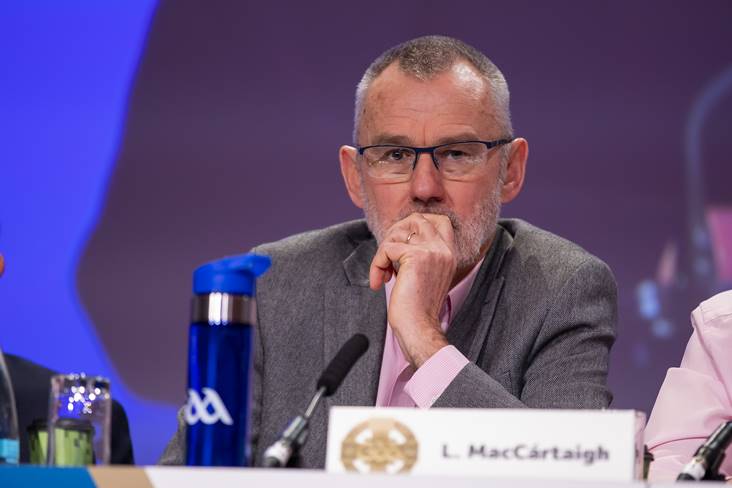 GAA President Larry McCarthy says the Association's reputation has been damaged by the recent training breaches.

Monaghan county board slapped a three-month ban on senior football manager Seamus McEnaney after footage emerged of a collective training session which is believed to have been taken place in March.

Last week, Dublin supremo Dessie Farrell was hit with the same suspension as a result of a similar incident, while the Cork and Down senior footballers were also found to have breached training guidelines.

Inter-county teams are currently not permitted to return to training until April 19 but some are clearly flouting Covid-19 restrictions imposed by the Government.

"I think it has done us reputational damage, which we’re going to have to work to get back. There’s no appetite for any breaches in society at the moment," McCarthy said when speaking at the announcement of the GAA’s revised 2021 fixtures calendar.

"But we’ll continue to work to get that confidence back from the public again. And hopefully there won’t be any more breaches.

"One of the things that will help us will be the 26th and having kids back [underage non-contact training permitted to return on April 26]. And then we can show what we really do in the communities."

McCarthy confirmed that the GAA have launched an investigation into the Monaghan breach.

He continued: "We had a management meeting this morning and we’re dealing with the latest breach. We appointed a committee to investigate it. There’s nothing else on it. That’s where we are.

"What can you say? It’s unfortunate that it took place, but it did take place whenever it was 10 days ago. We’ll investigate it and deal with it.

"Any breaches are going to concern us in terms of talking to the authorities. If the breaches occur obviously there is a danger that they will have an impact on us in terms of permissions given to us by the Government. That's the reality of it."