Tyrone GAA mourn loss of one of its great names 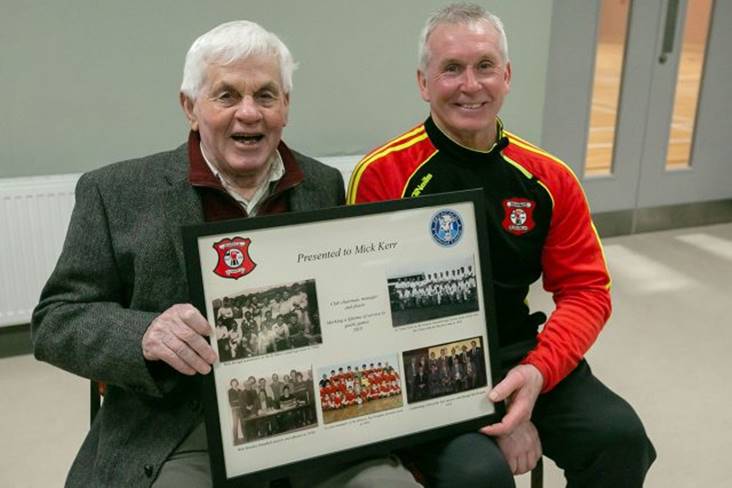 Tyrone GAA is in mourning following the death of Mick Kerr, a member of the Red Hands' 1956 Ulster SFC-winning team.

The Beragh Red Knight's stalwart was a corner forward on the Tyrone side of '56 that won the county's first-ever Anglo Celt Cup, denying Cavan a three-in-a-row. A brilliant handballer, too, Mick scored 1-1 in the semi-final win over Monaghan having made his inter-county breakthrough as a 19-year-old.

Mick played with Beragh for many years, winning the St Enda’s Cup in 1958. He also played senior football with the club and was team manager on two occasions.

He gave a lifetime of service to the GAA at club level, serving as Beragh chairperson. Mick was the driving force behind the revival of handball in the Brackey club.

Last March, Beragh honoured Mick at a special event which was attended by family members, former teammates, club officials and members. Tyrone GAA has paid a touching tribute to the 87-year-old who passed away today.