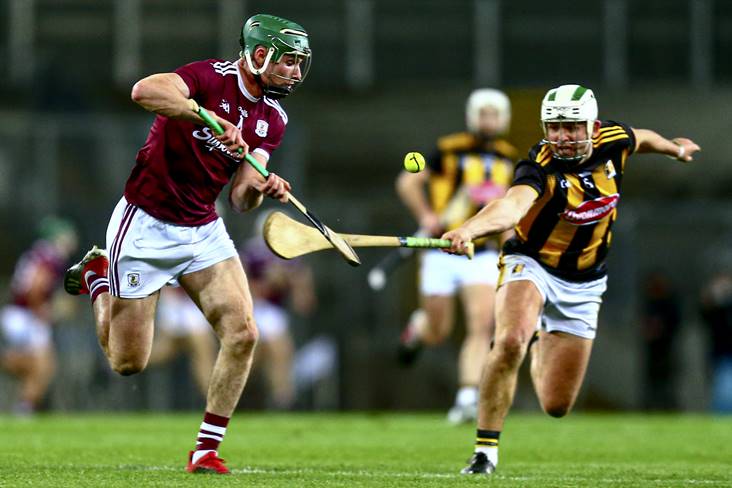 Brian Cody’s men looked like losing out in a provincial final for the third year running before back-to-back goals from substitute Richie Hogan and TJ Reid in the 57th minute breathed new life into them.

Galway had been leading by five points prior to their double concession and got back in front thanks to Joe Canning’s 12th and 13th points of the night.

However, Shane O’Neill’s side couldn’t close out the win and were left to rue missed goal chances which their counterparts took and, in the end, those and the late points of Hogan and Martin Keoghan were the difference.

Johnny Coen lashed over the opening score of this provincial decider from his own ‘65’ before Canning (free) doubled Galway’s advantage with his first of 14 points on the night.

Reid (free) pulled one back for the Cats and while Cathal Mannion would fire over at the other end, it was Kilkenny that edged a better spell during the opening 10 minutes at headquarters.

Padraig Walsh and Conor Whelan traded scores prior to Reid landing a hat-trick of frees that saw Brian Cody’s men move 0-5 to 0-4 in front.

Galway responded with three unanswered scores of their own however, with Coen having his second point backed up by Canning (free) before the Portumna great stroked over his first from play.

Two more Reid frees levelled on the eve of the first water break and it was the Tribesmen that came out firing upon the resumption.

Canning’s side-line puck found the central run of Joseph Cooney and after fetching superbly, the wing-back sailed over.

A free won inside by Eoin Cody saw Reid tap over an easy score prior to the accuracy of Whelan and Canning (free) making it 0-11 to 0-8.

The 20-year-old Cody pointed his first on 26 minutes and Keoghan would bring the margin back to the minimum after racing through and hammering over Eanna Murphy’s crossbar.

Canning shot a free from midfield for Galway’s dozenth point but there’d be no clear daylight by the end of half, as Reid (free) and John Donnelly hit scores to draw matters level.

Having sent a ‘65’ the wrong side of the post, Canning closed the half with an exceptional point from play along the side-line which left it at 0-13 to 0-12 in Galway’s favour come the interval. 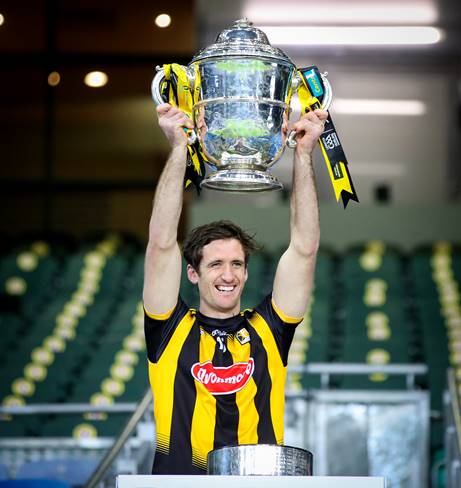 Reid (free) and Conor Browne traded scores with Canning (2 frees) at the start of the second-half to keep the difference at one, but the latter came close to hitting the Cats’ net with his next free.

The audacious effort from 20 metres by Galway’s marksman saw Conor Fogarty stop the slitoar brilliantly on Kilkenny’s goal line and clear the danger.

Jason Flynn had a goal chance of his own to minutes later but Eoin Murphy was equal to the effort in the Kilkenny goal and Galway would have to settle for the resultant ‘65’ from Canning instead.

Canning (free), Brian Concannon and Flynn did manage to open up a five-point margin (0-20 to 0-15) for the westerners but it would be short-lived.

Forty-fifth minute substitute Hogan only needed half a chance to ignite Kilkenny and he did so by nipping possession ahead of Galway ‘keeper Murphy and steering the sliotar home for three points.

Some 30 seconds later and the ball would be in the Tribesmen’s net again as their title hopes looked like unravelling.

This time marksman Reid grabbed possession at full-forward, burned past Cooney and finished superbly, making with 2-15 to 0-20 with 12 minutes to go.

Canning’s landed his dozenth point of the night to square the sides for a seventh time and he’d have the Tribesmen back in front after taking a pass from Whelan and splitting the posts.

David Burke came off the bench to stretch the Galway lead prior to Reid bringing his personal tally up to 1-10.

Opposing marksman Canning saw a sideline effort come off the upright and land into the path of Concannon, who flashed his goal effort just wide.

Sub Burke made it 0-24 to 2-16 with five minutes remaining and, even after the double blow, Galway looked to have the ship steadied.

However, Hogan caught Murphy in no-man’s-land again and came close to netting his second, with the sliotar sailing over the bar instead of under.

Browne grabbed the equaliser on 68 minutes and Kilkenny rode their momentum to the finish, with a sublime pass from sub Niall Brassil finding Keoghan in space to shoot over and make it 2-19 to 0-24.

Hogan lashed over on the turn from 40 metres to bump the Cats lead to two heading into the added minutes where Galway couldn’t come up with an answer.

Canning was unlucky to see another long distance free come off the post and get pucked away, and once Padraig Walsh cleared a last-ditch effort from the Tribesmen out of the Kilkenny square and to safety, the Cats knew it was there night.