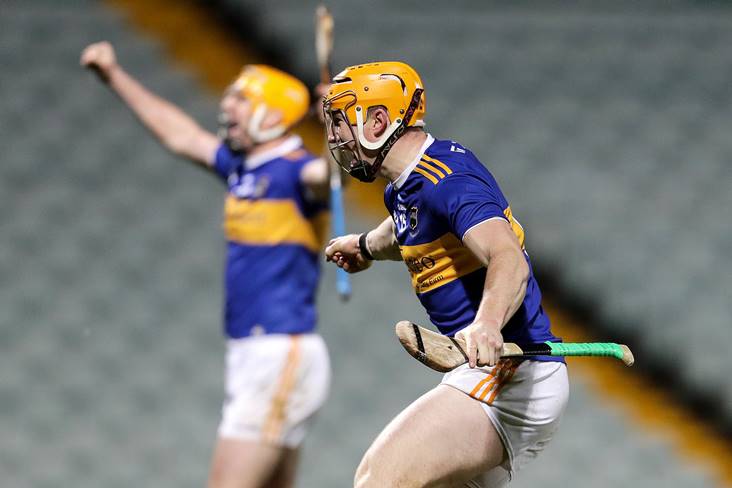 Tipperary weathered a late storm against Cork this evening to move into the quarter-finals of the All-Ireland senior hurling championship.

Jake Morris’s 68th minute goal proved crucial for Liam Sheedy’s side at the LIT Gaelic Grounds, where the sides had been level with five minutes remaining.

It was Patrick Horgan’s 21st minute goal that kept Cork in contention by the end of the first-half and after the turnaround they’d erase the All-Ireland champions’ two-point lead.

The scores of Horgan, who finished with 1-8, Seamus Harnedy and Robbie O’Flynn helped the Rebels to hit the front with a little over 10 minutes to go, but Tipp held their composure through points via Dan McCormack, Paul Flynn and Michael Breen before Morris landed the killer blow that ended Cork's season.

Two Jason Forde frees inside the opening three minutes gave Tipp the better start to this Round 2 encounter and the same man would land another to erase Declan Dalton’s opener for Cork at the other end.

Breen shot over to make it a three-point game with 13 minutes on the clock prior to Forde’s fourth free increasing the Liam MacCarthy Cup holders’ advantage.

Patrick Horgan rifled over a free to make it 0-5 to 0-2 a minute shy of the water break and the Rebels made the perfect resumption afterwards.

Horgan supplied the superb finish after picking up possession on the 65 and burning through to level the sides on 21 minutes and Kieran Kingston’s men would be in their first lead when the Glen Rovers man sailed over another free.

McCormack levelled it for Tipp and while Tim O’Mahony would steer the Leesiders back in front, it was the Premier men that finished out the half strong with Forde to the fore to lead by 0-9 to 1-4 at the break. 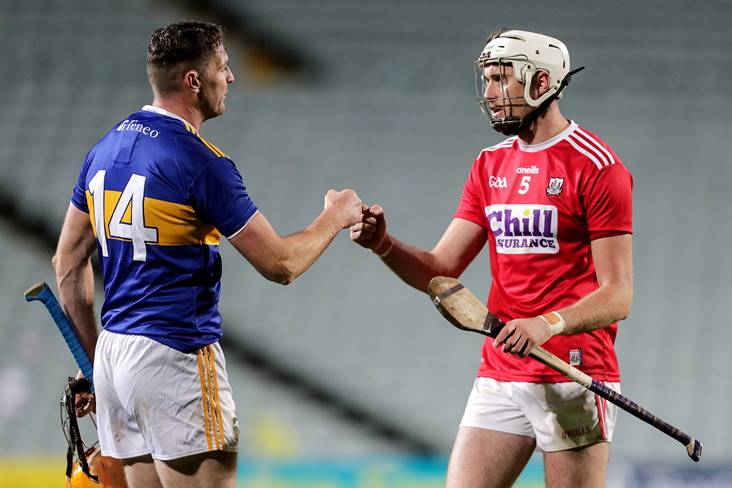 Shane Kingston landed a gem early in the restart for Cork to make it a one-point game again ahead of sub Willie Connors hitting back with a beauty of his own.

Forde and Brian Hogan saw frees drift wide as Tipp looked to extend their advantage and they eventually would when Breen sailed over his third of the evening.

Seamus Harnedy posted the Rebels’ response and Horgan (free) had it back to the minimum prior to Tipp hitting the jackpot.

Forde again proved Cork’s tormentor as the Silvermines sharpshooter managed to beat Anthony Nash from a narrow angle to make it 1-11 to 1-7.

A point from Seamus Callanan put the margin at five but the trailers were far from done as a thrilling finish in Limerick was in store.

Two Horgan frees were backed up by a brace from Harnedy, outweighing another point from Callanan, as the score board read 1-13 to 1-11 when the second water break was called.

Exchanged points from Breen and Harnedy kept things on a knife edge for the closing quarter as Tipp saw chances go by the wayside.

Another free from Horgan was backed up by Robbie Flynn splitting the posts to make it 1-14 each and Cork would hit the front when that man Horgan held his nerve to stroke over another free with 11 minutes to go.

Having hit eight of the last 10 points, the momentum looked to be with Kingston’s charges but, like champions, Tipp dug deep to come up with a response.

McCormack levelled and substitute Flynn moved them in front prior to Horgan (free) squaring the sides again.

Breen’s point had Tipp back in the ascendency with four minutes to go and their next tour on goal would reap them maximum profit.

Former U20 star Morris provided the deadly finish beyond Nash that landed a hammer blow to Cork heading towards injury-time, where the sides exchanged points before Tipp saw out the hard-earned victory.