"What we don't want is Mickey leaving in controversial circumstances" 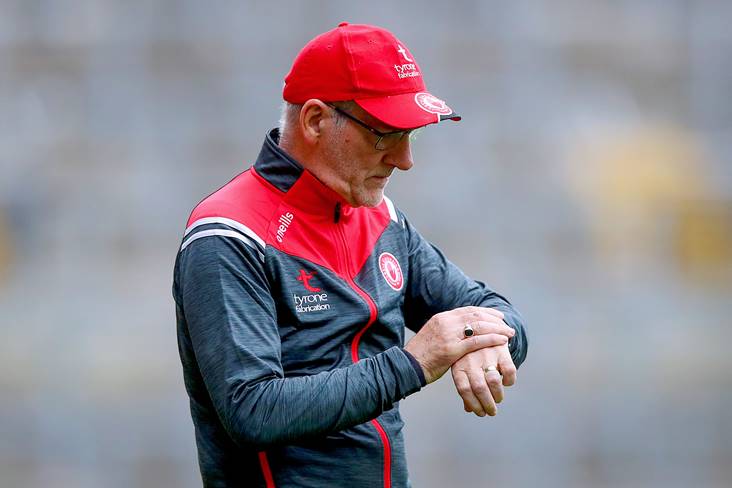 Former Tyrone midfielder Enda McGinley says it would be damaging for the county if Mickey Harte were to leave his managerial post in controversial circumstances.

Last Sunday’s narrow defeat to Donegal brought the curtain down on Harte’s 18th season for the Red Hands and there have since been calls from certain corners for a new management to come in and take charge.

Speaking on Off The Ball, McGinley, who won three All-Ireland SFC titles under Harte, says he can see Harte staying at the helm for another years but reckons a succession plan should be there for when the 68-year-old is no longer charge.

"Tyrone know he's not going to be there forever but, if possible, they should get some sort of succession plan in place.

"Have a conversation with Mickey and say 'we feel you're the best man but if that doesn't work, we want to have a second plan in place.'

"Then maybe in one year's time, we're switching over. It's done on an amicable basis, it's done well. What we don't want is Mickey leaving in controversial circumstances.

"I don't think you'll get the best managers putting up their hands in that case and it would be damaging for the county and it's not the way you'd want Mickey Harte to be leaving either.

"Whatever way it happens, you'd want it to be managed well. My feeling is with McKenna, McGeary, Canavan players like that all coming along together. I would say Mickey sees enough to want to have a go at it."