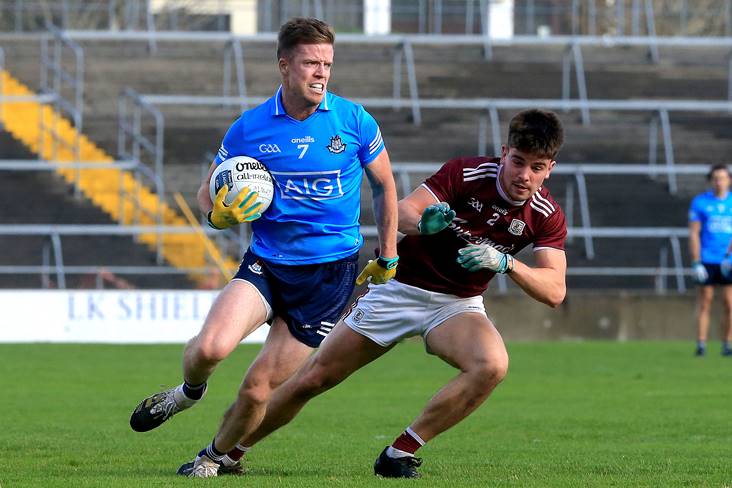 Sean Bugler and Con O'Callaghan grabbed second half goals as Dublin completed their Allianz Football League Division 1 campaign with a win over Galway in Salthill.

With Paul Conroy helping himself to 0-6 (0-4 from frees), a wind-assisted home side led by 0-9 to 0-7 at half-time, but Dublin gained the upper hand in the second moiety to finish as runners-up to Kerry, who were crowned Division 1 champions yesterday following an emphatic victory over Donegal in Tralee.

Still smarting from last weekend's mauling by Mayo, Galway opted to play with the strong wind in the first half and Conroy kicked three early points, including two from play, which were replied to by efforts from Dean Rock (two) and Ciaran Kilkenny.

Points from Adrian Varley and Rob Finnerty put the Tribesmen two up before the excellent Paddy Small reduced the deficit to the minimum. Finnerty and Conroy made it a three-point game, only for the All-Ireland champions to regain parity with three-in-a-row from Small, O'Callaghan and Rock.

However, two Conroy frees had Padraic Joyce's men ahead at the break. 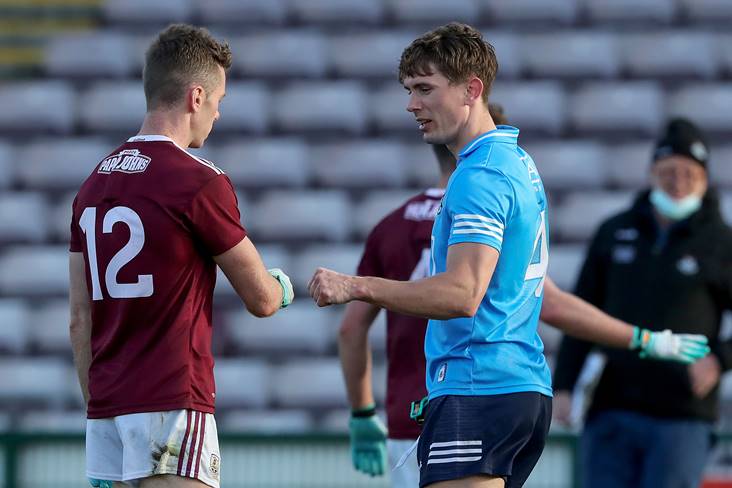 There were fist bumps at the full-time whistle. ©INPHO/Bryan Keane.

Galway brought on captain Shane Walsh and Gary Sice for the second half and extended their lead to 0-12 to 0-8 before Dublin hit back with points from Ballymun duo Small and Rock before substitute Bugler's goal gave them a 1-11 to 0-12 lead at the end of the third quarter.

Small's second point from a 'mark' was cancelled out by a Jason Leonard effort before O'Callaghan put the result beyond doubt with a late goal after a fisted point attempt had come back off the post.