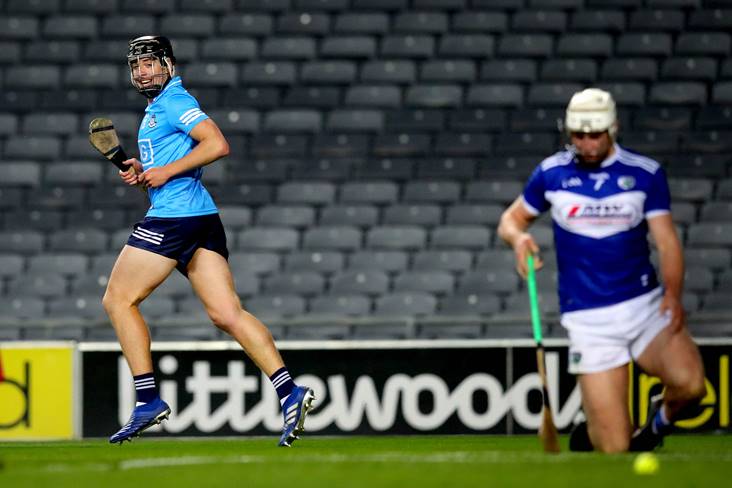 Donal Burke hit 1-16 as Dublin crushed Laois to march into the Leinster senior hurling championship semi-finals against Kilkenny next weekend.

Burke, who was in imperious shooting form over the 70 minutes, fired in a 22nd minute goal that helped the Dubs lead by seven at the halfway stage and they coasted from there on out.

Laois would only get the difference down to half a dozen in the second-half as the victors’ finished in style with Eamonn Dillon’s injury-time goal putting an exclamation point on the victory.

Two Burke frees gave the Dubs a 0-3 to 0-1 lead within four minutes of this provincial quarter-final after Ross King had pucked over the O’Moore men’s opening point.

Stephen Maher, Aaron Dunphy and King (free) cancelled out more frees from Burke and when Danny Sutcliffe saw one erased by Paddy Purcell, the scoreboard read 0-6 to 0-5 in the capital men’s favour.

Conor Burke and King (free) traded scores to keep the gap at one before Mattie Kenny’s charges created a bit of day light, starting with another pointed free from Donal Burke after Ronan Hayes had been impeded.

Dublin captain Chris Crummey fired a brace of points after that and a Burke free extended the Metropolitans lead out to five.

Laois were keen to stop the rot and did with a point from Ryan Mullaney in the 22nd minute but disaster would hit them in the very next attack, with that man Burke cutting through and lashing home for all three points.

Another free brought the Na Fianna man’s personal tally up to 1-7 as the game grew just 24 minutes old, leaving the O’Moore men to chase their opponents for the rest of the evening. 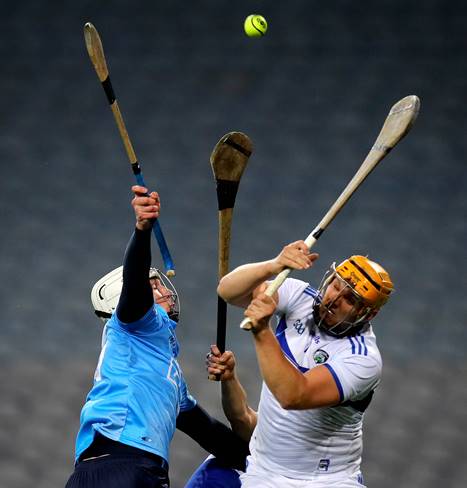 Cian Boland earned a free for Burke two minutes into the resumption and there’d be two more from the deadly accurate corner-forward ahead of Sean Moran putting Sutcliffe through to raise the Dublin tally to 1-20.

Laois hit back with scores from Jack Kelly, Purcell and Padraig Delaney, trimming the difference to eight, as scores from Crummey and Burke (free) would be erased by Dunphy and King (free).

Rian McBride made it a nine-point game with 20 minutes to go as King and Enda Rowland converted three successive frees between them to leave the trailers with an outside chance.

Moran and Rowland (free) exchanged scores in the run up to the second water break, after which Burke would register a hat-trick of points, two of them frees and one a gem from play along the sideline.

The nine-point advantage for the Dubs was restored by Dillon with seven minutes remaining and David Keogh put it at 10 as Laois couldn’t come up with an answer.

Instead the Dubs heaped on the misery with Conor Burke adding another point and Dillon getting in for their second goal in the third minute of injury-time.